Showing posts from September, 2013
Show all

From Frights to Flaws Book Review

Age group: middle school Twelve-year-old Alyssa McCarthy can no longer stand the toughness of her uncle and wants a better life. But one day she discovers not only the existence of magic, but also a villain hunting her down. The villain uses magic and magical technology to kidnap Alyssa to the Fiji Islands. As much as she wants to go home, she has to face some dangerous challenges first. Not only that, the villain himself must also be defeated. Can Alyssa succeed, even with the help of her mentors? Buy on Amazon My Review Alyssa McCarthy parents died in a tragic accident five years ago.  Since then, she has been raised by her aunt and uncle.  After being with them for a few years her Aunt Laura passes away from a reaction to raspberries.  Now Uncle Bruce has become a strict guardian to Alyssa and her cousin Hailey.  No one believes in magic, especially not her uncle.  Will he listen before it's too late?  Will the evil wizard Duchamp get his way? This was a great stor
Post a Comment
Read more

Two Brothers: Origin (A Ramtalan Trilogy) Genre: YA What teenage boy doesn’t want to fit in and have friends? That’s what Argus Dachel, 17, wants more than anything, but because he’s half alien, and a New Breed, that’s not as easy as it seems. And it sure doesn’t help that he and his brother, Tai, are being pursued by a secret government agency. To top it off, now in their senior year at public high school, both boys risk exposure when Argus uses his extraordinary strength to defend himself against the school bully, falls for 16 year-old Lola and then learns that New Breeds are set for extermination by another group of hostile aliens. As government agent Max Jackson gets close to discovering the brothers’ identity and the hostile alien forces close in, what chance do Argus and Tai have of survival? Buy on Amazon | B&N   About the Author: Born in Sydney, Australia, Ms. Gabel now lives in the United States with her family and hairless Sphynx cats. She has dabbled in se
1 comment
Read more 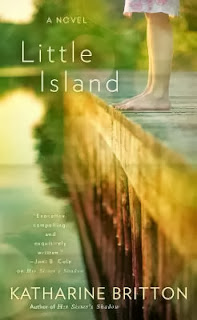 Grace Flowers By the water Have fun! These are Joy’s grandmother’s last words—left behind on a note. A note that Joy’s mother, Grace, has interpreted as instructions for her memorial service. And so, the far-flung clan will gather at their inn on Little Island, Maine, to honor her. Joy can’t help dreading the weekend. Twenty years ago, a tragedy nearly destroyed the family—and still defines them. Joy, Grace, her father Gar, and twins Roger and Tamar all have their parts to play. And now Joy, facing an empty nest and a nebulous future, feels more vulnerable than ever to the dangerous currents running through her family. But this time, Joy will discover that there is more than pain and heartbreak that binds them together, when a few simple words lift the fog and reveal what truly matters. Purchase:  Amazon | Barnes & Noble My Review I received a free copy of this novel in exchange for my honest review.   Grace Little is planning a memorial service for h
Post a Comment
Read more

Ex-British Special Forces soldier Thomas Gunn is drawn back into his old life of international intrigue and danger following the murder of his billionaire father. The deeper he digs the more complicated the puzzle becomes until he finds himself working for MI5 uncovering a global conspiracy that puts the freedom of the western world at grave risk. His girlfriend Julie becomes his accomplice surprising him with her loyalty, strength of character and physical prowess. While traversing the globe being shot at, shot down, and losing loved ones - a haunting question tears at his soul – was his father really at the heart of this evil conspiracy? Or was he a pawn in a larger more insidious game that even he could not control? Seeking the final answer could cost Thomas dearly, ripping from him all that he most loves and cherishes and leaving him questioning his past, his future and what kind of person he is or wants to become. The final outcome depends on him! Or does it? As a forme
1 comment
Read more
More posts