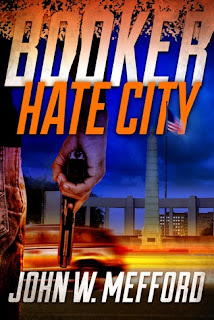 After a life filled with destruction of others and himself, and his body ravaged by disease, there's only one thing left for Javier Calero to do. Leave a legacy that will finally bring meaning to his life—and to the death of an American president more than fifty years ago.

The CEO of a green energy company is murdered behind his million-dollar estate, his neck nearly severed in two. Recruited to aid the widow and find a savage killer, Booker finds himself in the middle of a family train wreck.

Days later, thrust into the crossfire of a deadly sniper, Booker eludes sure death with the uncanny arrival of a young woman who only wants to save her father from harm. But she can't do it without Booker's help.

Joining forces with a Latin spitfire, Booker and his new sidekick, Maggie, embark on a twenty-four-hour quest to hunt down a killer determined to make an indelible mark on history—just like the one that struck down John F. Kennedy a half-century earlier, which launched a cascade of assassination investigations and theories.

Booker T. Adams is at it again with another engrossing mystery.  Someone has murdered Albert Yates, CEO of Evergreen and everything leads to a dead end.  Then a librarian turns up dead, killed in the same manner as Albert Yates.  While helping out mob boss Scampiani, he's caught in the cross hairs of a gun fight, that opens his case wide open.  The story takes us back to the Kennedy assassination and all of the rumors linked to it.

This was a great read and an interesting look at the Kennedy assassination.  I could feel Magdalena's pain as she realized that her father had turned into a killer.  I also love the chemistry between Alisa and Booker, I wonder if they will ever realize that they would make a great team outside of Booker and Associates.   I was shocked that Justin was thinking about selling the bar considering all of the hard work he invested from book two. All in all, this was an amazing novel filled with unexpected twists you won't see coming! 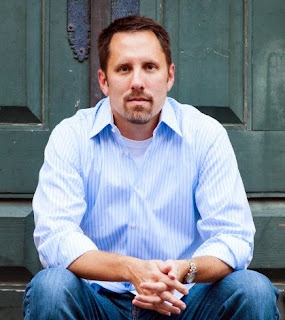 A veteran of the corporate wars, former journalist, and true studier of human and social behavior, best-selling author John W. Mefford has been writing novels since he first entered the work force twenty-five years ago, although he never put words on paper until late 2009.John writes novels full of intrigue, suspense, and thrills, but they also evoke an emotional connection with the characters.When he’s not writing, he chases three kids around, slaves away in the yard, reads, takes in as many sports as time allows, watches all sorts of movies, and continues to make mental notes of people and societies across the land.John lives in Frisco, Texas with his beautiful wife, three opinionated kids, and a feisty fat cat who rules the world.
You can find the author on the following sites...
Website   Facebook   Twitter   Google+   Goodreads