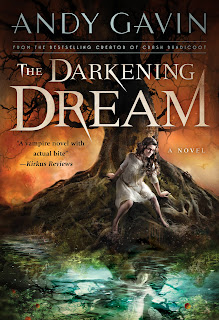 The Darkening Dream is the chilling new dark fantasy novel by Andy Gavin, creator of Crash Bandicoot and Jak & Daxter.

Even as the modern world pushes the supernatural aside in favor of science and steel, the old ways remain. God, demon, monster, and sorcerer alike plot to regain what was theirs.

1913, Salem, Massachusetts - Sarah Engelmann's life is full of friends, books, and avoiding the pressure to choose a husband, until an ominous vision and the haunting call of an otherworldly trumpet shake her. When she stumbles across a gruesome corpse, she fears that her vision was more of a premonition. And when she sees the murdered boy moving through the crowd at an amusement park, Sarah is thrust into a dark battle she does not understand.

With the help of Alex, a Greek immigrant who knows a startling amount about the undead, Sarah sets out to uncover the truth. Their quest takes them to the factory mills of Salem, on a midnight boat ride to spy on an eerie coastal lair, and back, unexpectedly, to their own homes. What can Alex's elderly, vampire-hunting grandfather and Sarah's own rabbi father tell them? And what do Sarah's continuing visions reveal?

No less than Gabriel's Trumpet, the tool that will announce the End of Days, is at stake, and the forces that have banded to recover it include a 900 year-old vampire, a trio of disgruntled Egyptian gods, and a demon-loving Puritan minister. At the center of this swirling cast is Sarah, who must fight a millennia-old battle against unspeakable forces, knowing the ultimate prize might be herself.
Amazon | Barnes & Noble

I received a copy of this novel in exchange for my honest review.  I was immediately engrossed in this book!  To begin with, I was surprised at the location of a vampire story.  Salem, Massachusetts is known for witches and the Salem witch trials of the 1600s.  Here we are once again in Salem, it’s now 1913 and has vampires, awesome!  The vampires reminded me of that old vampire soap opera Dark Shadows, where they turn into bats and appear out of fog.  I loved how this dark story had characters from multiple religious backgrounds join together to save Archangel Gabriel’s trumpet.  This was a refreshing twist on the vampire genre, with a cast of interesting characters, action and adventure that will keep you wanting more. 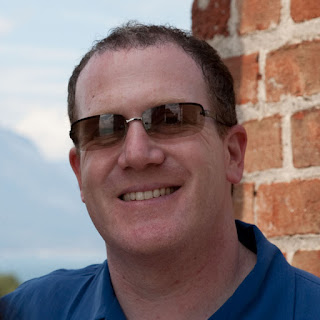 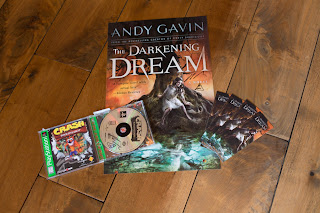