If I Run Book Review 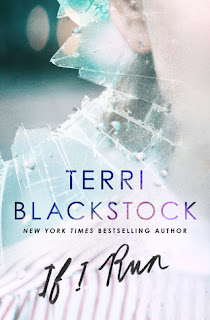 Synopsis:
Casey Cox’s DNA is all over the crime scene. There’s no use talking to police; they have failed her abysmally before. She has to flee before she’s arrested . . . or worse. The truth doesn’t matter anymore.But what is the truth? That’s the question haunting Dylan Roberts, the war-weary veteran hired to find Casey. PTSD has marked him damaged goods, but bringing Casey back can redeem him. Though the crime scene seems to tell the whole story, details of the murder aren’t adding up. Casey Cox doesn’t fit the profile of a killer. But are Dylan’s skewed perceptions keeping him from being objective? If she isn’t guilty, why did she run?Unraveling her past and the evidence that condemns her will take more time than he has, but as Dylan’s damaged soul intersects with hers, he is faced with two choices. The girl who occupies his every thought is a psychopathic killer . . . or a selfless hero. And the truth could be the most deadly weapon yet.

My Review:
I received a free copy of this novel in exchange for my honest review.
Accused of a crime she didn’t commit, Casey Cox is on the run.  She hasn’t figured out how to prove her innocence or who she can trust.  The only thing she knows right now is that she found her best friend, Brent Pace, dead.  She tried desperately to resuscitate him, it was too late and now she’s covered in his blood and her prints are everywhere.  Dylan Reynolds is Brent’s childhood friend, he’s been hired by the Pace family to find Casey.  But as he investigates to get into the mind of an alleged killer, he finds a broken spirit and uncovers more than he bargained for.  Now he doesn’t know who he can trust, will he be able to uncover the truth?

Once again, Terry Blackstock has written another masterpiece!  There’s nonstop action and intrigue as Casey continues to run, heartbreaking moments when her past is revealed and yet somehow Ms. Blackstock manages to remind us of God’s love and how He constantly uses others and situations to bring us to Him. All in all, one of the best reads I’ve had thus far this year. 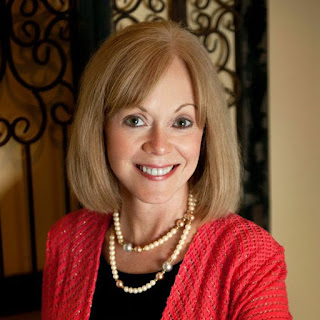 Terri Blackstock is a New York Times best-seller, with over six million copies sold worldwide. She is the winner of two Carol Awards, a Christian Retailers Choice Award, and a Romantic Times Book Reviews Career Achievement Award, among others. She has had over twenty-five years of success as a novelist. Terri spent the first twelve years of her life traveling in a U.S. Air Force family. She lived in nine states and attended the first four years of school in The Netherlands. Because she was a perpetual “new kid,” her imagination became her closest friend. That, she believes, was the biggest factor in her becoming a novelist. She sold her first novel at the age of twenty-five, and has had a successful career ever since.Recent books include Truth Stained Lies (Book 1 of her Moonlighters Series), and her acclaimed Intervention Series (Intervention, Vicious Cycle, and Downfall). Other recent favorites include Predator, Double Minds, the Restoration Series, the Newpointe 911 Series, the Cape Refuge Series, and the SunCoast Chronicles series.In 1994 Terri was writing romance novels under two pseudonyms for publishers such as HarperCollins, Harlequin, Dell and Silhouette, when a spiritual awakening prompted her to switch gears. At the time, she was reading more suspense than romance, and felt drawn to write thrillers about ordinary people in grave danger. Her newly awakened faith wove its way into the tapestry of her suspense novels, offering hope instead of despair. Her goal is to entertain with page-turning plots, while challenging her readers to think and grow. She hopes to remind them that they’re valued by God and that their trials have a purpose.
Connect with Terri:
Website | Facebook | Twitter | YouTube