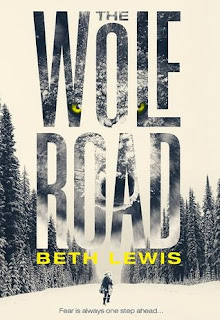 Synopsis:
A debut literary thriller from an incredible new voice. What do you do when the man who gave you everything turns out to be a killer?
Everything Elka knows of the world she learned from the man she calls Trapper, the solitary hunter who took her under his wing when she was just seven years old.
But when Elka sees the Wanted poster in town, her simple existence is shattered. Her Trapper – Kreagar Hallet – is wanted for murder. Even worse, Magistrate Lyon is hot on his trail, and she wants to talk to Elka.
Elka flees into the vast wilderness, determined to find her true parents. But Lyon is never far behind – and she’s not the only one following Elka’s every move. There will be a reckoning, one that will push friendships to the limit and force Elka to confront the dark memories of her past.

My Review:
This book took me completely by surprise. I felt for Elka as. she learned about the man that had raised her for ten years. I found myself yelling at her every time she got herself in trouble, and cheering her on as she escapes danger. I was also moved to tears as Elka's memories resurface and she realizes her part in the murders. This was a fantastic thriller with lots of of twists and turns. This is definitely one of my favorite reads this year.