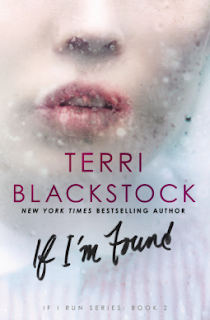 Synopsis:
It started with the USA TODAY bestseller If I Run. Now Casey's journey continues in If I'm Found.

Casey doesn't know why Dylan let her escape just as the police were closing in, but she knows she's got to hide again. New name, new look, new city, new job.

But hiding isn't enough. Somehow, she's got to bring Brent's killer to justice. Can she gather enough evidence without getting caught? And even though she wants to trust Dylan, can she really?

When they go after her sister, Casey knows her time is running short. Turning herself in presents its own set of problems but if it will help protect Hannah, she’ll gladly do it—but will it?

My Review:
I received a free copy of this novel from Zondervan Publishing in exchange for my honest review.

If I'm Found is the riveting sequel to If I Run. As you know, in book one Casey Cox was accused of murdering her best friend. She's uncovering something bigger, and even saves a kidnapped teenager along the way, why would a killer do that?

I thought book two was even more exciting. You can easily see that Casey has inherited her father's keen detective skills. Thankfully the private investigator hired by the Pace family to locate Casey believes in her innocence and will stop at nothing to keep her safe from the crooked cops.

This book has heart pounding, nonstop action. The kind of book that keeps you up at night unable to stop reading until the very end. Which by the way, leaves us eagerly anticipating the next installment. 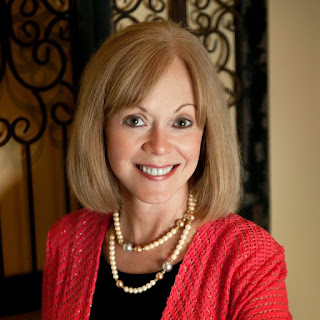 Terri Blackstock is a New York Times and USA Today best-seller, with over seven million books sold worldwide. She is the winner of two Carol Awards, a Christian Retailers Choice Award, and a Romantic Times Book Reviews Career Achievement Award, among others. She has had over twenty-five years of success as a novelist. Terri spent the first twelve years of her life traveling in an Air Force family. She lived in nine states and attended the first four years of school in The Netherlands. Because she was a perpetual “new kid,” her imagination became her closest friend. That, she believes, was the biggest factor in her becoming a novelist. She sold her first novel at the age of twenty-five, and has had a successful career ever since.

In 1994 Terri was writing romance novels under two pseudonyms for publishers such as HarperCollins, Harlequin, Dell and Silhouette, when a spiritual awakening prompted her to switch gears. At the time, she was reading more suspense than romance, and felt drawn to write thrillers about ordinary people in grave danger. Her newly awakened faith wove its way into the tapestry of her suspense novels, offering hope instead of despair. Her goal is to entertain with page-turning plots while challenging her readers. She hopes to remind them that they’re not alone, and that their trials have a purpose.

Terri has appeared on national television programs such as “The 700 Club” and “Home Life,” and has been a guest on numerous radio programs across the country. The story of her personal journey appears in books such as Touched By the Savior by Mike Yorkey, True Stories of Answered Prayer by Mike Nappa, Faces of Faith by John Hanna, and I Saw Him In Your Eyes by Ace Collins.
Connect with Terri:
Website | Facebook | Twitter | YouTube