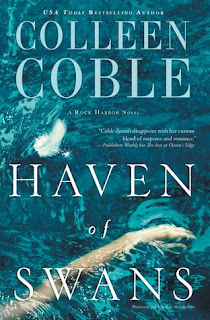 Synopsis:
A beautiful woman stands by the side of the road, barefoot and bleeding, a child in her arms. Someone just tried to kill her, but she wouldn't recognize him if she saw his face. She doesn't even remember her own name.

A suburban cop surveys a kitchen in disarray—a woman and child missing, a chilling note. This crime scene is unlike any he has ever seen.

The man who calls himself Gideon waits and plans. He sees himself as a destroyer of evil, one who rids the world of abominations. He has already killed five. He will kill again.

And somewhere in the wilderness, in a secret geocache near where the wild swans gather, lies the unspeakable clue that links them all together.

Michigan's rugged and beautiful Upper Peninsula is the setting for this absorbing tale of love and loss, beauty and terror, grievous sins and second chances. A deftly woven thriller from the bestselling author of the Rock Harbor novels.
Purchase: Amazon | Barnes & Noble | CBD | Parable Christian Store

I received a free copy of this novel from HarperCollins Publishing in exchange for my honest review.

Elena Cox is found barefoot and cold walking on the side of the road with her baby girl. She has bruises, a stab wound, and no memory. Bree Matthews is determined to help her get back on her feet and get her memory back. Other than her name she remembers nothing but has immense fear that the attacker has followed her to Rock Harbor.

Then there's Gideon, his quest is rid the world of evil. He's taken to leaving bodies at geocaching sites, with messages about their sins. He's got his eye on Elena, he needs retribution for her past sin.

Colleen Coble has written a wonderful mystery. There is so much depth to the story, I just could not put it down. It kept me guessing until the very end. I was screaming “oh my gosh!”. I also loved the sweet romance that grew throughout the novel. 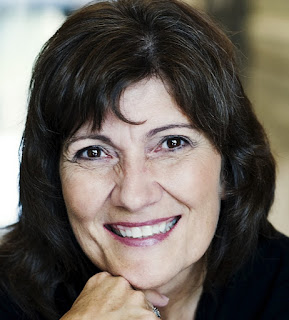 USAToday bestselling author Colleen Coble lives with her husband, Dave, in Indiana. She is the author of dozens of novels including the Rock Harbor Series, the Aloha Reef Series, the Mercy Falls Series, the Hope Beach Series, the Lonestar Series and two Women of Faith fiction selections, Alaska Twilight and Midnight Sea. She has more than 2 million books in print.
Connect with Colleen:
Website | Twitter