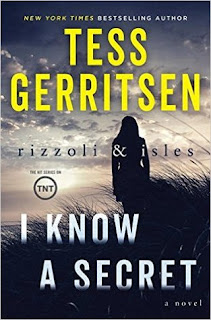 Synopsis:
In the twelfth gripping novel featuring Jane Rizzoli and Maura Isles, the crime-solving duo—featured in the smash-hit TNT series Rizzoli & Isles—are faced with the gruesomely staged murder of a horror film producer.

The crime scene is unlike any that Detective Rizzoli and medical examiner Maura Isles have ever before encountered. The woman lies in apparently peaceful repose on her bed, and Maura finds no apparent cause of death, but there is no doubt the woman is indeed dead. The victim’s eyes have been removed and placed in the palm of her hand, a gesture that echoes the terrifying films she produces. Is a crazed movie fan reenacting scenes from those disturbing films?

When another victim is found, again with no apparent cause of death, again with a grotesquely staged crime scene, Jane and Maura realize the killer has widened his circle of targets. He’s chosen one particular woman for his next victim, and she knows he’s coming for her next. She’s the only one who can help Jane and Maura catch the killer.

But she knows a secret. And it’s a secret she’ll never tell.


I Know a Secret is book twelve of the Rizzoli & Isles series. In this portion, Angela and Frank Sr. have reconciled after he ran off with another woman and she threw him out.  What was she thinking, seriously???  Jane and Gabriel are happily raising little Regina.  Meanwhile, Frank Jr. is preparing to take the FBI exam and has the misguided idea that because his brother in law is an agent, he's definitely in.  Maura Isles is still trying to break ties with her biological mother.  She's currently in prison dying of cancer and insists that Maura is no different than her biological family of murderers.

All of this is the backdrop to the mysterious deaths of the former children that accused the owners of The Apple Tree Daycare Center of child molestation and devil worship.  Now Maura and Jane must uncover the truth, find out what really happened to Lizzie all those years ago,and find the killer before the final victim dies.  There's only one person that knows the truth and she intends to take this knowledge to the grave.

I don't know how Tess Gerritsen does it, there is little story lines in the background that are so detailed that it feels like you're in each character's living room.  The mystery was so intense, I wasn't able to solve it and was in complete shock when the murderer was revealed.  That is something that rarely ever happens and the reason I found this novel so extremely enjoyable. 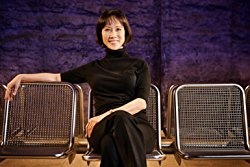 Internationally bestselling author Tess Gerritsen took an unusual route to a writing career. A graduate of Stanford University, Tess went on to medical school at the University of California, San Francisco, where she was awarded her M.D.

While on maternity leave from her work as a physician, she began to write fiction. In 1987, her first novel was published. Call After Midnight, a romantic thriller, was followed by eight more romantic suspense novels. She also wrote a screenplay, "Adrift", which aired as a 1993 CBS Movie of the Week starring Kate Jackson.

As well as being a New York Times bestselling author, she has also been a #1 bestseller in both Germany and the UK. She has won both the Nero Wolfe Award (for Vanish) and the Rita Award (for The Surgeon.) Critics around the world have praised her novels as "Pulse-pounding fun" (Philadelphia Inquirer), "Scary and brilliant" (Toronto Globe and Mail), and "Polished, riveting prose" (Chicago Tribune). Publisher Weekly has dubbed her the "medical suspense queen".

Now retired from medicine, she writes full time. She lives in Maine.