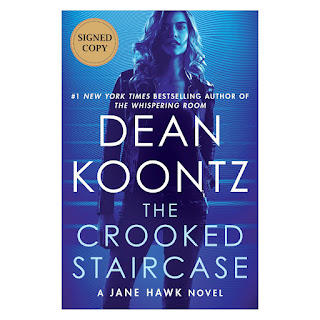 Jane Hawk—who dazzled readers in The Silent Corner and The Whispering Room—faces the fight of her life, against the threat of a lifetime, in this electrifying new thriller by #1 New York Times bestselling suspense master Dean Koontz.
“I could be dead tomorrow. Or something worse than dead.”
Jane Hawk knows she may be living on borrowed time. But as long as she’s breathing, she’ll never cease her one-woman war against the terrifying conspiracy that threatens the freedom—and free will—of millions. Battling the strange epidemic of murder-suicides that claimed Jane’s husband, and is escalating across the country, has made the rogue FBI agent a wanted fugitive, relentlessly hunted not only by the government but by the secret cabal behind the plot. Deploying every resource their malign nexus of power and technology commands, Jane’s enemies are determined to see her dead . . . or make her wish she was.
Jane’s ruthless pursuers can’t stop her from drawing a bead on her prey: a cunning man with connections in high places, a twisted soul of unspeakable depths with an army of professional killers on call. Propelled by her righteous fury and implacable insistence on justice, Jane will make her way from southern Southern California to the snow-swept slopes of Lake Tahoe to confront head-on the lethal forces arrayed against her. But nothing can prepare her for the chilling truth that awaits when she descends the crooked staircase to the dark and dreadful place where her long nightmare was born.
Amazon | Barnes  & Noble

Jane Hawk is back again and still out for revenge for the death of her husband.  As she climbs higher up the totem to stop them from creating their version of utopia, she begins to wonder how much further she must go.

Simon Yegg  is a rich and powerful man.  He will do anything for his brother, and doesn't ask questions.  When Jane appears, he tries to outsmart her and sets up a signal to let his brother Booth Hendrickson know that Jane is with him.  But when Jane encounters Booth, could she have met her match.

Jessie and Gavin Washington have sworn to keep Travis Hawk safe.  They feel that this is their part in this war.

There are many changes in this book that had me thinking it was insanely riveting.  There's nonstop excitement that will leave you at the edge of your seat, anticipating the arrival of book four. 😍 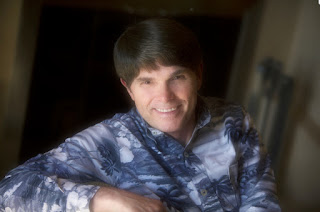 Dean, the author of many #1 New York Times bestsellers, lives in Southern California with his wife, Gerda, their golden retriever, Elsa, and the enduring spirit of their goldens, Trixie and Anna.