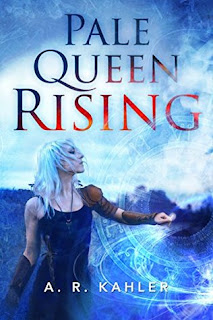 As the royal assassin, Claire is used to moving between the mortal world and the Winter Kingdom. When the queen commands her to kill, Claire does the job and doesn’t ask questions. Her deadly skills and loyalty are soon tested when Claire is sent to the Immortal Circus, one of the many places where “Dream” is harvested from the imaginings of mortals. There she must find the culprit who is causing Dream to mysteriously disappear before the Winter Kingdom’s supply is depleted enough to threaten its very survival. But when she meets Roxie, a beautiful mortal singer with a strange link to the Dream thieves, Claire quickly recognizes an odd and unexplained connection that may cloud her judgment. As each new clue unveils another secret, Claire finds herself confronting the riddle of her own buried past—and a dangerous illusion that, as part of the Immortal Circus, is just another act in the show.

Claire was taken in by the Winter Fae Queen, Mab, at   a very young age.  Mab has found some usefulness in her human daughter by using her as an assassin.  Now she's asked Claire to solve a mystery before all of the realm of Winter is destroyed.  Someone is stealing dream and using it for their own gain.

At first I was skeptical about this novel, but it kept me completely engrossed.  Eventually I was smitten with the cast of characters, and dying to know who has been stealing the dream.  It kept me at the edge of my seat to the very end.  Then I realized that the story is far from over...