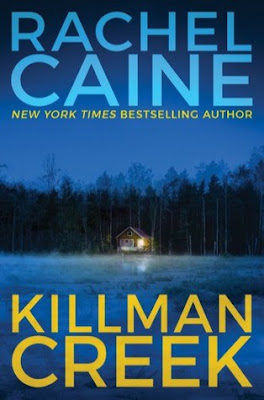 Every time Gwen closed her eyes, she saw him in her nightmares. Now her eyes are open, and he’s not going away.
Gwen Proctor won the battle to save her kids from her ex-husband, serial killer Melvin Royal, and his league of psychotic accomplices. But the war isn’t over. Not since Melvin broke out of prison. Not since she received a chilling text…
You’re not safe anywhere now.
Her refuge at Stillhouse Lake has become a trap. Gwen leaves her children in the protective custody of a fortified, well-armed neighbor. Now, with the help of Sam Cade, brother of one of Melvin’s victims, Gwen is going hunting. She’s learned how from one of the sickest killers alive.
But what she’s up against is beyond anything she feared—a sophisticated and savage mind game calculated to destroy her. As trust beyond her small circle of friends begins to vanish, Gwen has only fury and vengeance to believe in as she closes in on her prey. And sure as the night, one of them will die.

Purchase: Amazon | Barnes & Noble
My Review:
Gwen Proctor was so sure after the trial and she'd gotten her kids back, that they were finally free.  Freedom from her serial killer ex-husband, free from the people in their town that accuses her of aiding him and she's now free to start over again.  Unfortunately this isn't Stillhouse Lake, and everyone wants what they had in the sleepy town of Stillhouse.  Although, Gwen had rescued her children from that monster she was married to.  The children refuse to ralk about their time with him.  Now she has received a cryptic text message and is being hunted yet again.

This is book 2 of the Stillhouse Lake series.  Once again, I was drawn in from very beginning.  The story really rips at your heart and you feel the need to protect the kids as well.  I honestly didn't think Rachel Caine would be able to tie up enough ends for this portion to conclude, but she did a fabulous job.  I'm so excited to listen to book 3, that it may well be my next Audible purchase.
Suspense Thriller