In Danielle Steel’s gripping new novel, a reclusive woman opens up her home to her neighbors in the wake of a devastating earthquake, setting off events that reveal secrets, break relationships apart, and bring strangers together to forge powerful new bonds.
Meredith White was one of Hollywood’s most recognizable faces. But a personal tragedy cut her acting career short and alienated her from her family. For the last fifteen years, Meredith has been living alone in San Francisco with two trusted caretakers. Then, on a muggy late summer day, a massive earthquake strikes Northern California, plunging the Bay Area into chaos. Without a moment’s hesitation, Meredith invites her stunned and shaken neighbors into her mostly undamaged home as the recovery begins.

These people did not even realize that movie star Meredith White was living on their street. Now, they are sharing her mansion, as well as their most closely kept secrets. Without the walls and privacy of their own homes, one by one, new relationships are forged. For every neighbor there is a story, from the doctor whose wife and children fear him, to the beautiful young woman dating a dishonorable man, to the aspiring writer caring for a famous blind musician.

In the heart of the crisis, Meredith finds herself venturing back into the world. And thanks to the suspicions and the dogged detective work of a disaster relief volunteer, a former military officer named Charles, a shocking truth about her own world is exposed. Suddenly Meredith sees her isolation, her estranged family, and even her acting career in a whole new light.

Filled with powerful human dramas, Neighbors is a penetrating look at how our world can be upended in a moment. In a novel of unforgettable characters and stunning twists, acts of love and courage become the most powerful forces of all.
Purchase: Amazon
My Review:
Meredith White was living as recluse shortly after the death of her son.  Suddenly she had two caretakers looking after her affairs, and living in her guesthouse.  It was the perfect setup.  When they went shopping for her, they'd take extra. Sometimes things go missing and they blamed the new maid from the agency.  But things begin to change when a massive earthquake causes Meredith to open up her home to her neighbors, suddenly she learns things about her new found friends and some startling things about her old ones that will change her life forever.
To be honest, I always thought Ms. Steel was a romance author. But from the moment I started reading, I was drawn into this amazing world. Then I got halfway into the book and BOOM! Mind blown! That is all I have to say....you'll have to read it for yourself! 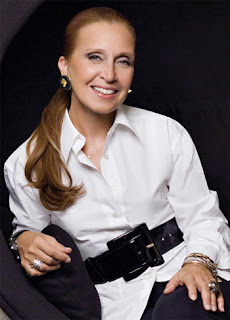 Danielle Fernandes Dominique Schuelein-Steel was born on 14 August 1947 in New York City to a German-Jewish father and a Portuguese Catholic mother, and she spent much of her childhood in France. From an education in New York and Europe to a professional background in public relations and advertising, and teaching, Ms. Steel moved on quickly to her literary career and has been hard at work writing ever since. She wrote her first book at nineteen, but she didn't publish her first novel until 1973.

Often, she works on five books at a time — researching one storyline, writing another, and editing the third. Still, she often spends two to three years researching and developing a single project. In the heat of a first draft, it is not uncommon for her to spend eighteen to twenty hours a day glued to her 1946 Olympia manual typewriter.

Since 1979, more than twenty of Ms. Steel's novels have been adapted for television, each earning high ratings and critical acclaim, including two Golden Globe nominations for JEWELS, a four-hour mini-series that starred Anthony Andrews.

In addition, Ms. Steel is the author of the "Max and Martha" series of books for young readers. They are ten illustrated storybooks written to comfort the young as they face problems, such as a new stepfather, new baby, new school, loss of a grandparent, and other crucial dilemmas in a child's life. She has also written the "Freddie" books, four of them, about real-life situations in children's lives, like a visit to the doctor and the first night away from home.

Ms. Steel has also written nonfiction, HIS BRIGHT LIGHT, about the life and death of her son Nicholas Traina, released by Delacorte Press in September 1998 and immediately jumped to the New York Times Non-Fiction bestseller list and "Having a Baby." She has also written a book of poetry entitled LOVE: POEMS BY DANIELLE STEEL.

In 2002, Ms. Steel was decorated by the French government as an "Officier" of the distinguished Order of Arts and Letters, for her lifetime contribution to world culture. She was awarded the second highest rank of the Order.

Ms. Steel also has a passionate interest in emerging contemporary artists. She has had an art gallery for several years, and and continues to sponsor and organize free lance art shows and events to show the work of emerging and mid-career artists. She has a degree in design herself. In addition to her writing, Ms. Steel has varied philanthropic interests. She founded and runs two foundations, one named in honor of her late son, The Nick Traina Foundation, which funds organizations involved in mental illness and child abuse. The second was established to assist the homeless. She has won numerous awards for her personal work with mentally ill adolescents and children. Ms. Steel maintains a passionate interest in the welfare and well-being of children, particularly those in jeopardy. Afther, five marriages, she has raised nine children of her own. And they continue to keep her busy, as she juggles writing and family. Her family is her first priority, despite her many interests.

Family, children, and young people are the central focus of her life, and her passion, which frequently shows in her writing. She deals with the themes that touch on the most pressing issues of real life, which makes her books universal, and touch so many people. She is fascinated by the pressing life situations that affect us all, how people handle them and are often transformed as a result.