For Ever Book Tour 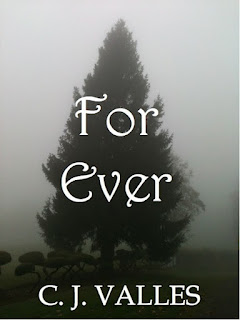 For Ever starts now...

Sixteen-year-old Wren Sullivan doesn’t want to know what other people are thinking about her because most of the time it sucks. Too bad since that’s what happens every time she looks into someone’s eyes.
When she moves to Portland, Oregon, after her parents divorce, Wren’s just hoping to get through the rest of her junior year unscathed. Instead, before the end of her second day in school, she wakes up in the hospital after her very own freaky demonic-possession incident. Wren can’t remember much. But soon she finds out that her  episode happened right after she locked eyes with the one classmate who happens to have gone missing.
Wren starts digging through people’s heads for the truth about him, and finds nothing. Godlike hotness? Yep. But nobody knows who Ever Casey really is. Even weirder, they don’t seem to care that he just disappeared. So, when he randomly shows up again in her first period class, she’s determined to get some answers. He may be perfect on the outside, but with one look into his eyes, Wren discovers his mind is also perfectly empty.
Or is there something he doesn’t want her to see there that will put her and anyone near her in danger?
When For Ever ends, Never begins.
Never, the second book in The Ever Series, is coming soon.

Wren has a special gift, she can hear others thoughts.  Everyone’s thoughts, except Ever Casey.  Although a bit short, this was a great story about coming of age and accepting others being different.  It was creatively written with aspects I found unpredictable.  This story had interesting twists, and an unexpected ending that leaves you wanting more.  I can’t wait for Book 2 to see what happens next with Wren.

I grew up in Southern California before moving to Northern California for college, where I majored in English and psychology. I've been a professional writer for more than a decade, but I just finished my first novel in 2008 -- for fun and practice. Then I wrote the second one -- For Ever -- which is for sale on Amazon. When I'm not writing fiction, I work as a freelance public relations writer. I live in Portland, Ore., with my husband, the saint who spent an entire weekend reading For Ever.