Showing posts from April, 2014
Show all

The Bonds of Blood Book Review

The Bonds of Blood (The Revenant Wyrd Saga #1)  In the world of Saracin, the Goddess damns the earth that killed her two beloved angels and tears it into six realms. As a reminder of their transgression, each person is branded with a stigmata on their palms as testament of their home realm and their separation from the Goddess. Thirty years later, in the Holy Realm, Jovian, Angelica, Amber, and Joya, quadruplets whose mother died in childbirth, have just reached their 21st spring and are now adults. When terrible visions depicting the downfall of their family stir within Jovian and Angelica, they struggle to make sense of what they have seen while trying to live a normal life. After Amber is kidnapped in the night, her three siblings are drawn into a dangerous pursuit across the Great Realms to find her. With every step they uncover more mystery surrounding their families past, and something far worse--an ancient enemy that could threaten their hope of ever seeing Amber alive
1 comment
Read more

Interview with Author Lynn Hardy on Angels Believe in You 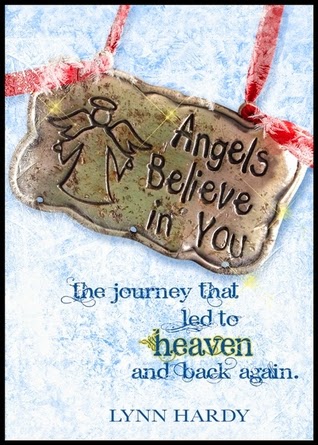 Angels and Demons Q & A Q: Lynn, your book, Angels Believe in You , appears to be quite open about a variety of topics, many of them quite personal. Did you have any reservations about disclosing so many sensitive details? A: Releasing Angels Believe in You was one most challenging things I have done to date. Sharing personal details doesn’t really bother me. However, I had two very major concerns: My spiritual journey has always been a private matter. I share it with friends, usually after I get to know them. Many of the things I have gone through, many of my beliefs are so… different… from common everyday life that I was and am a little worried that people will see me as a mentally unstable weirdo.   I am the owner of a publishing company: Resilient Publishing. I didn’t want people to get the wrong idea about the company. It isn’t a Christian Publishing company. Don’t get me wrong – I love stories with a thread for God tucked inside, but that isn’t the main f
1 comment
Read more

Angels Believe in You Book Review

Synopsis: We all have a story that we feel is vital to pass along to others. Why wouldn’t we? Life is a unique experience. It is not the destination, but the journey that truly matters. Over the last thirteen years, Kindle bestselling author Lynn Hardy has… - Heard the voice of God - Received two undeniable physical signs from God - Seen angels and demons on thirteen separate occasions - Been healed three times from serious and fully documented medical conditions Have you ever wondered… What do angels and demons look like? How can angels help us? What proof do we have that angels are among us? What power do we have over demons? Inside the pages of “Angels Believe in You” you will find some surprising answers. Make no mistake; Lynn does not claim to be an expert on angels or demons. She is neither the epitome of Christian perfection, nor a Bible scholar. However, what happened to her is both astounding and irrefutable. It is Lynn’s sincere hope that these extraordinary events
Post a Comment
Read more 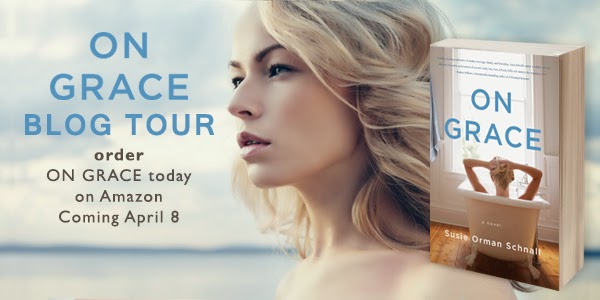 Synopsis: Grace May is actually excited about turning forty in a few months. Now that her boys are both in school and she has a stimulating new writing job, the next chapter in her life can finally begin. She can't wait to rediscover the intelligent woman buried under the layers of mother and wife. But when Grace suddenly loses her job and receives unexpected news, she stands to lose everything: her marriage, her best friend, and her sense of self. By her fortieth birthday party, Grace will realize who and what matter most. With laughter. With tears. With grace. Purchase: Amazon | Barnes & Noble   My Review: I received a free copy of this novel in exchange for my honest review. Grace May is happily married and the mom of two boys, now she's about to embark upon her fortieth birthday. Not only that, but she's looking forward to some new changes in her life. Both of her children will finally be in school all day, which opens u
Post a Comment
Read more 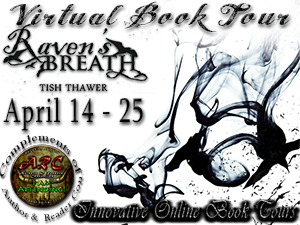 Synopsis:  Raven can breathe life into you, or suck the life from you...the choice is yours!  They say your life flashes before your eyes when you die. But what you didn't know...your last thoughts determine whether Raven becomes your Grim Reaper or your Saving Grace. Purchase: Amazon | Barnes & Noble      My Review:  I received a free copy of this novel in exchange for my honest review. Raven is the first ever female grim reaper.  Unlike the male version, she wears a skin fitted black leather uniform and has black wings.  Suddenly, many years later, there's a new female reaper in purgatory, her name is Holli.  She's the polar opposite of Raven, with long platinum blonde hair, white uniform and white wings.  Death's excuse is that she's there to assist Raven with the sudden influx of phenoms.  This makes Raven suspicious, and with the help of her best friend Garrett they begin to unravel a huge mystery.  Will Raven ever get over her
2 comments
Read more
More posts