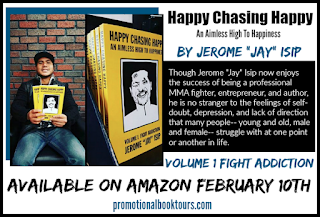 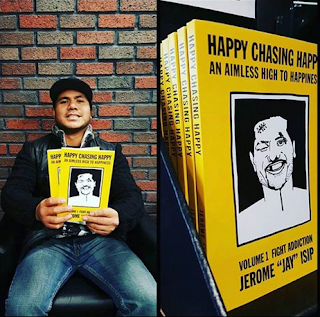 Though Jerome "Jay" Isip now enjoys the success of being a professional MMA fighter, entrepreneur, and author, he is no stranger to the feelings of self-doubt, depression, and lack of direction that many people-- young and old, male and female-- struggle with at one point or another in life.

This candid, autobiographical book tells of MMA fighter and accomplished champion Jerome Jay Isip's journey to find his identity and his own version of "happy" in early adulthood through self-destructive means like alcohol, a myriad of drugs, and other risky behavior, and how he pulled himself back from the edge of the abyss, finding the courage to live a life of clarity and purpose after discovering what true, lasting happiness in life is all about. 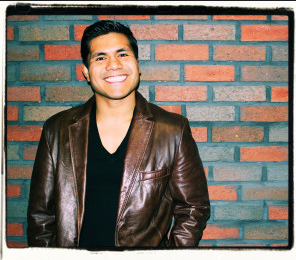 Jerome "Jay" Isip is a successful entrepreneur within several walks of life - finance, small business, e-stock trading, and athletics. Born and raised in Belleville, New Jersey, Jay was never one for academics. Rather than concentrating on coursework, he was instead distracted by the typical trappings other young men endure. Jay has always been more interested in enjoying life and those around him, which isn't going to get anyone accepted at a credible college or university. Even still, through all the self-destructive means and risky roller coaster of behavior, Jay stayed determined to choose his own career path, which would eventually lead him to becoming a business owner, a professional "mixed-martial arts" fighter. And now he has added the title of "author" to the list.