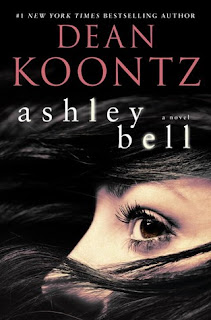 Synopsis:
At twenty-two, Bibi Blair’s doctors tell her that she’s dying. Two days later, she’s impossibly cured. Fierce, funny, dauntless, she becomes obsessed with the idea that she was spared because she is meant to save someone else. Someone named Ashley Bell. This proves to be a dangerous idea. Searching for Ashley Bell, ricocheting through a southern California landscape that proves strange and malevolent in the extreme, Bibi is plunged into a world of crime and conspiracy, following a trail of mysteries that become more sinister and tangled with every twisting turn.
Unprecedented in scope, infinite in heart, Ashley Bell is a magnificent achievement that will capture lovers of dark psychological suspense, literary thrillers, and modern classics of mystery and adventure. Beautifully written, at once lyrical and as fast as a bullet, here is the most irresistible novel of the decade.

Bibi Blaine had an extraordinary imagination.  Born to surfer parents, they encouraged her free spirit and dream of becoming an author.  A strange experience when she was five years old, horrifying enough that she shared with no one but her grandfather Captain, opens the door to something she desperately wants to forget. Now, seventeen years later, she's diagnosed with brain cancer and given a year to live. While in the hospital, she's visited by a man in a hoodie and his beautiful golden retriever. As the dog proceeds to lick her hand, Bibi senses that her cancer is abating. Who is the man? Is it possible that his dog can heal?

Once again, Dean Koontz has drawn me into another world, one where imagination knows no bounds. After about halfway through the book I realized what was happening, but still wanted Bibi to succeed in her mission.  I was at the edge of my seat throughout most of the story and had several sleepless nights from being unable to put the book down.  If you're a fan of Dean Koontz, Ashley Bell is a must read. If you've never read anything he has written, this is a perfect example of the depth of Koontz's creativity.