Showing posts from November, 2019
Show all

NEW RELEASE... As the third daughter of a third daughter, dragon-shifter Christine Drachen must mate with a human.  Not all human males are genetically compatible with dragon shifters, and suitable matches are rare in old Charleston. Christine, though, has identified James to be an appropriate match. Even humans who acknowledge the possibility of dragons cannot believe that one can be both a dragon and a human, shifting between the two. As a result, Christine must attract James without fully revealing her true, shifting nature until he has committed to mate. James gradually discovers what Christine is. She shows him the gold dragon she always wears around her neck. He notices the prints, statues, and tapestries of dragons that decorate her family’s home. Strange noises emanate from behind the Drachens’ house during a party, and James believes he actually sees a dragon, one wearing a necklace like Christine’s. Christine’s last name, Drachen, means “dragon,” and, while she jo
Post a Comment
Read more 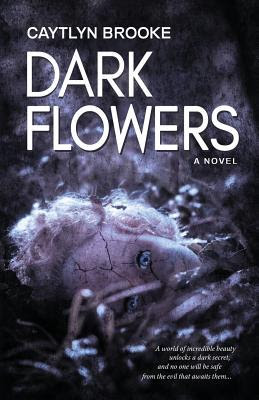 Synopsis:  Life at St. Agatha's School for Girls is anything but a fairytale. With ratty blankets and a torturous device called the box, it's not hard to understand Eliza's desperation to escape. When the timing is right, Eliza manages to run away with her best friend Millie, heading through the Louisiana swamps to the town on the other side. But the swamps may be even more dangerous than the orphanage. Silver and black fairies invite the girls to experience a world where they can have it all, but Eliza doesn't trust the sparkling beauty. When Millie suddenly becomes violent and attacks another girl, Eliza knows something awful is about to happen. She will do anything to protect Millie but once Eliza remembers her own terrible secret, it is impossible to forget. The fairies' songs call to Eliza and its getting harder and harder to pretend it's all in her head.   Purchase: Amazon | Barnes & Noble   My Review:  I have always known that if something
Post a Comment
Read more 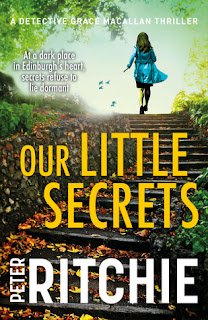 Synopsis: At a dark place in Edinburgh's heart, secrets refues to lie dormant. At Police Scotland HQ, Grace Macallan has pitched up in Counter Corruption. But the demons of her past are never far behind. Meanwhile, Edinburgh's gangland is in turmoil. As a new breed of upstarts challenges the old criminal order, their battle for territory causes serious havoc.   AtadarkplaceinEdinburgh'sheart,secretsrefuestoliedormant. AtPoliceScotlandHQ,GraceMacallanhaspitchedupinCounterCorruption.Butthedemonsofherpastareneverfarbehind. Meanwhile,Edinburgh'sganglandisinturmoil.Asanewbreedofupstartschallengestheoldcriminalorder,theirbattleforterritorycausesserioushavoc. IntothewarstepsDIJanetHadden.Ambitious,hardbittenandaddictedtorisk-taking,sheknowshowtothrowopponentsoffbalance.Butwhenshe’sthwarted,Haddenseekshelpfromanotoriousunderworldfixer,amanwhokeepssecretsbutalwaysextractsaprice. Besetbyviolenceanddouble-crossing,Graceissoonembroiledinasavagegameofcatandmousewithcolleagu
Post a Comment
Read more 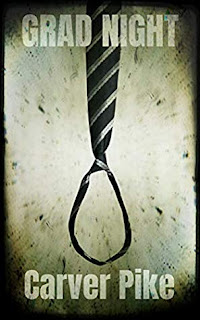 Synopsis:   School should never be synonymous with danger, but that’s exactly what it has become. Students are violent, with each other and with the staff. Teachers and administrators have been attacked. This is nothing like the school shootings occurring on other campuses. No, this is personal. It doesn’t revolve around one child wanting revenge on the rest of the student body. It involves most of the students wanting payback against everyone. Something far worse than teenage rage lurks in the Darrius Sawyer High corridors. Everyone can sense it. Teachers hint about it. They speak in hushed tones, tell stories about odd occurrences in their classrooms, and travel by numbers as they make their way to their cars after school. Evil walks the hallways and the teachers know its name: James Bender. At DS High, the seniors are planning the ultimate Grad Night bash, and all the teachers are invited. James Bender will be there. You will be too. Purchase: Amazon   My Review: Oka
Post a Comment
Read more
More posts