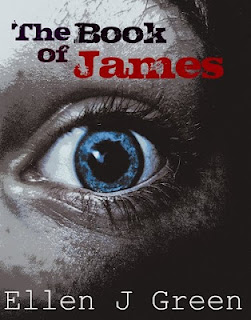 A terrible car crash sets things in motion for 31 year old Mackenzie when her critically injured husband, Nick, whispers warnings that someone from his past may attempt to harm or kill her after his passing. He urges her to travel to Philadelphia to his childhood home. Find James, he insists. It's the only way out.

His last words are pushed to the side in the aftermath of his death, as Mackenzie is consumed with grief. Until the things he had spoken of start to come true. Mackenzie's search brings her to the Chestnut Hill section of Philadelphia, to the 19th century mansion where her husband was raised, and face to face with a mother-in-law she didn't know existed. The two women each have an agenda. Cora, a recluse, worries that her son revealed devastating childhood secrets to his wife. Mackenzie is concerned that unless she uncovers those secrets and finds the elusive James, she may not survive. The two women circle around one another, hunter and prey. But which is which?

As the plot unfolds Mackenzie becomes more driven and takes increasingly dangerous risks while Cora’s precarious mental state rapidly deteriorates forcing her to relive a past she has worked so hard to keep buried.A gallery of photographs in the bowels of the house holds clues to generations of abuse, treachery and possibly murder. Messages hidden in Nick’s childhood Bible within the Epistle of James have Mackenzie racing against time to put the pieces together, unearth the reasons her husband chose to vanish when he was sixteen years old, and locate the person mentioned in Nick’s dying breath.

When James is finally found, the results are more horrifying than Mackenzie could have ever imagined.

This novel starts out heartbreaking as Mackenzie is faced with the tragic death of her husband and blaming herself for the accident that ended his life.  Then realizing her husband was not who she thought he was.  Her trip to his hometown unfolds a mystery with more twists and turns than she has anticipated.  The final outcome is shocking!

I thoroughly enjoyed this novel.  It had everything, mystery, suspense, even some romance.  I'd call it a psychological thriller.  The story flows really well, and you're drawn in from the first page.  I have to admit, I had a difficult time putting this book down.
5 Stars Christian Ellen J Green Mystery