What Lies Behind Book #Review 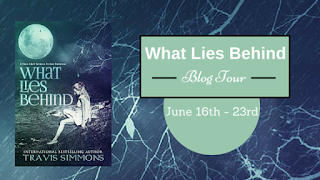 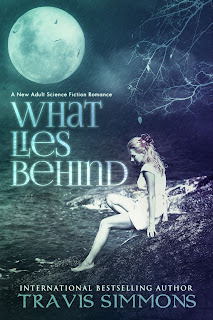 Cass is a robot with a past. A past she can’t remember.

When her current owner, Natalia starts taking out her frustration on Cass her memories come back little by little.
What she wants more than anything is to be like humans; an android. To be loved and to feel and to be treated as an equal. Not an automaton like she is.

She finds that in Brandon.

Brandon is Natalia’s boyfriend, and couldn’t be any different from Natalia if he tried. He treats Cass like an equal, like a human, and more importantly like a woman.
Cass just wants a normal human life like Brandon promises, but as more and more of her memories come flooding back, she learns that she might play a bigger part in the android equal rights movement than she wants. Her future is uncertain. Becoming an android, becoming more human, will mean going against her programming. Can she do that? Will her struggle to become an android ultimately be her undoing?

"In this standalone dark romance, International Bestselling author, Travis Simmons makes his debut into science fiction. Travis has reached the top of charts in new adult fiction with his love of dystopian fantasy."

Cass is known as an automaton; a lifelike robot. But unlike an Android, she cannot learn and evolve, instead she is all programming.  That is until she begins having memories of a former owner and after being badly abused by her current owner, her nanobots unlock her free will; programming she didn't even know she had.  When she begins to have stirrings of romantic feelings towards her owner's boyfriend, Cass begins to desire her freedom like never before.


I was a bit skeptical when Travis told me he was writing a sci-fi romance.  I mean, seriously, why fix something that isn't broken right?  I decided to read it with an open mind, and I was happily surprised. The story was absolutely amazing and if you liked Isaac Ismanov's I, Robot, you will absolutely love this novel!  The story itself flowed wonderfully, I had a couple of very late nights because I just didn't want to stop reading it.  This is a very creative look at robots and the future, I hated to see it end.  Now I'm eagerly awaiting another new release from this awesome author!

About the Author:
Travis Simmons was kicked out of magic school for his refusal to study and his penchant for mundane activities like cooking. While selling his sword he stumbled upon dogs that he wrongly thought were magical and imagined he could commune with them. After a vicious zombie attack in which witches helped him push back the undead horde, Travis found himself apprenticed to a necromancer.

Afraid that winter was coming, Travis tucked into his magical studies, but always chased his dreams of writing tales science fiction tales and fantasy stories where he could explore his wild imagination about life on other planets. Adamant that Travis learn the esoteric ways of the occult his master made his life a horror of practice and studies. But no matter how he tried, he could never conquer Travis' questing mind.