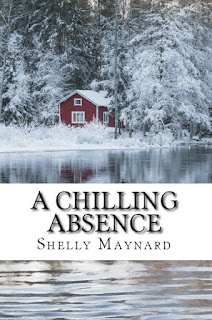 Lily Grimes had it all. She was head cheerleader, the girlfriend of the All-American High School Quarterback, had been accepted to a prestige college near her hometown and the best family and friends a young woman could ask for. Just before Christmas 2004, Dr. Jethro “Jet” Manning, the doctor-in-training for the quaint little town, nearly runs over Lily, who is found unresponsive and icy cold in the middle of a backroad.

Fast forward to 2015 - Lily Grimes finally wakes up and has to face the reality of being in a coma for the past 11 years. Her life has changed but just as she feels like she is getting into the groove of things, Lily discovers secrets have been kept, lies have been told and everyone whom she considered a ‘friend’, may not be out for her best interest. Lily feels like something is missing - a piece of herself. Is it simply because she was in a coma for so long or is there literally a piece missing?

As she sets out on a mission to find the answer, Lily discovers that she’s being stalked and someone is trying to kill her. Who can she trust and will she ever find the secret to those eleven missing years?


“I don’t need protecting. I need the truth!” exclaimed Lily. “Yes, I understand. That’s what we are doing right now, Lily. We are discussing the truth.” Dr. Marsden walked over to the window, adjusted the blinds and returned to Lily’s bedside with her arms crossed. “Lily, you suffered a tremendous loss, I understand that, but you also need to know that someone tried to kill you several times over the eleven years. Everything your parents and Dr. Manning have done is to protect you. They love you and right now, that is all you need,” Dr. Marsden said with a softness that Lily had never heard from the rigid, cold woman before. “What do you mean that someone tried to kill me?” asked Lily. “We found numerous drugs in your system at different times, caught a man trying to smother you and your parents received several death threat letters at their home,” said Dr. Marsden. The woman seemed to age about 10 years but a softness came over here that made the woman seem less intimidating to Lily.


July 15, 1984. Shelly Oakley (now Maynard) was born and lived in tiny Ashmore, Illinois until 1998 when her parents relocated to Manchester, Tennessee. Starting a new high school and making new friends was hard enough but it was that point in her life where it came time to make life-changing decisions in regards to college, careers, etc. Shelly had spent so much time following in others’ footsteps that she never had a plan for her career. The only dream she’d ever had was to become an author but that was laughed off by family and friends. By 2002, Shelly was in college and switched her major from nursing to teaching and finally business. One year in and she discovered that she was pregnant with her first son. He joined the world in 2004 and was followed by a brother in 2006. During the second pregnancy, Shelly fought demons of a bad marriage and started trying to rebuild her life. She met her (now) husband in the Fall of 2006 and they’ve been inseparable ever since. Her three guys are her entire heart, soul, mind and spirit! After searching for several years, Shelly decided that it was time to find a place to settle in her career. She started working for a local, family-owned steel fabrication company in 2014 and was surprised when she found more than a job – she gained an extended family and friends who provided a tremendous amount of support. Between the support of her husband, children, family and friends, Shelly started writing again. Past demons haunted her but she wanted to set an example for her children and follow her dream through to the end to prove that hard work, persistence and dedication pays off! Living in Lynchburg, Tennessee, Shelly Maynard is your typical mom –she enjoys spending time with her family, friends and for nine of the twelve months per year, you’ll find her at a ball field watching her children. She enjoys front-porch-sittin’ with a glass of sweet tea and the occasional margarita. She loves her morning coffee, a good book and writing for her blog. It’s the simple, “little” things in life that make life grand! She also blogs at www.lynchburgtnmama.com

One (1) lucky reader will win a signed copy of A Chilling Absence and a $10 Amazon Gift Card! Open to US residents, 18+.