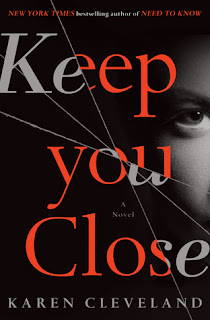 An FBI official's sense of right and wrong is blurred when her own son is accused of the unimaginable in this heart-pounding thriller from the New York Times bestselling author of Need to Know.

Stephanie Maddox makes tough decisions every day. She has her hands full heading the FBI's Internal Investigations division, policing wrongdoers within the Bureau. But, as a single mother, the most important thing in her life is her teenage son Zachary, who's anxiously awaiting college acceptance letters. So when she discovers a gun concealed in Zach's room, her world reels. And then an FBI agent on the domestic terrorism squad shows up at her door and utters three devastating words: "It's about Zachary. . . ."
Has she been wrong about her near-perfect son? Is Zach embroiled in something criminal--something deadly? And, if so, what is her greater duty: To protect him? Or to protect her country?


Purchase: Amazon
My Review: Steph Maddox is a brilliant member of the FBI. She's had a quiet life since she's moved to Washington, but as she prepares for her son to go away to college. His teenaged secrecy takers new heights, apparently Zach has figured out who his father is and no longer confides in her. When she suspects that the Russians are to blame for the murders of her coworkers and disappearance of others, she must fight her way out of this nightmare and oddly Zachary is mixed up in the middle of it all.

This was an action filled thiller.  I was on the edge of my seat throughout the novel.  It had many twists and kept me guessing until the very end.
5 Stars Mystery Suspense Thriller