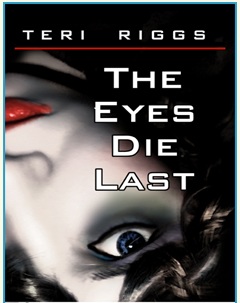 The Las Vegas Mayoral race is heating up, and the incumbent doesn’t have a prayer. Wealthy real estate speculator Nick Campenelli, who wants to legalize prostitution in Clark County, and former pastor Louis St. Louis, running on a 'clean-up-Vegas-by-getting-rid-of-the-whores' platform, are the front runners.

They’re also front runners on the suspect list for a string of murders. Kennedy O’Brien, four-year detective with cop blood running in her veins, and her partner Wilder “Wild Thing” James, a veteran, are determined to find the man who’s murdering prostitutes who work the wrong side of the street, and they don’t care how important or politically active he is.

The killer is a man with a mission. He stalks the women before he kills them, leaving a “BEFORE” photo on their bodies, and sending an “AFTER” shot to the local news hound. Ed Hershey, an aging newscaster with just the right amount of grey in his hair, is determined to turn this story into a network gig, and his interference, along with the LVTVS legal team, are making Kennedy and Wilder look bad. Campenelli’s good looks and charm, and St. Louis’ vitriolic hatred of prostitutes are muddying the waters too, and now the killer seems to have taken a liking to Kennedy.

Get your copy today at Amazon! 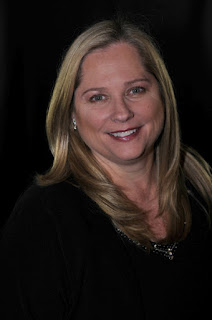 Teri Riggs was destined to be a writer.  As a small girl she didn’t read bedtime stories, she made up her own.  Who needed Little Red Riding Hood or The Three Little Pigs when there were so many great tales bouncing around in her head?  When she grew up and became a mother to three little girls, she continued the tradition of making up bedtime stories.  On the occasions she chose to tell conventional fairytales, Teri usually gave them a bit of tweaking here and there or added a new ending.  Her girls loved it.

After her daughters had the nerve to actually grow up and leave home, Teri discovered she had a passion for writing and jumped right in.  It came as no surprise she chose to write mysteries and happily-ever-after’s since that’s the genres she loves to read.

Teri lives in Marietta, Georgia with her husband, one of her daughters and two dogs that seem to think they rule the world.  And some days Teri thinks maybe they do.

Teri still frequently tells herself stories as she falls asleep.  The only difference now is she wakes up the next morning and turns her bedtime stories into books.

This promo brought to you courtesy of Sage's Blog Tours