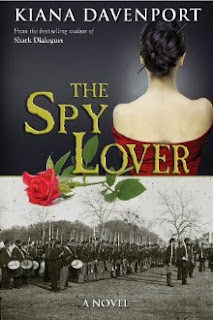 Thrust into the savagery of the Civil War, a Chinese immigrant serving in the Union Army, a nurse doubling as a spy for the North, and a one-armed Confederate cavalryman find their lives inextricably entwined.

Fleeing drought and famine in China, Johnny Tom arrives in America with dreams of becoming a citizen. Having survived vigilantes hunting yellow dogs and slave auction-blocks, Johnny is kidnapped from his Mississippi village by Confederate soldiers, taken from his wife and daughter, and forced to fight for the South. Eventually defecting to the Union side, he is promised American citizenship in exchange for his loyal services. But first Johnny must survive the butchery of battles and the cruelties inflicted on non-white soldiers.

Desperate to find Johnny, his daughter, Era, is enlisted as a spy. She agrees to work as a nurse at Confederate camps while scouting for the North. Amidst the unspeakable carnage of wounded soldiers, she finds solace in Warren Petticomb, a cavalryman who lost an arm at Shiloh. As devastation mounts in both armies, Era must choose where her loyalties lie- with her beloved father in the North, or with the man who passionately sustains her in the South.

A novel of extraordinary scope that will stand as a defining work on the Chinese immigrant experience, The Spy Lover is a paean to the transcendence of love and the resilience of the human spirit.

Purchase your copy today at Amazon or Barnes & Noble


I received a copy of this novel in exchange for my honest review.  This story begins by telling you of Johnny Tom’s past before he was thrust into the center of the Civil War. We watch him struggle in his youth to merely survive, experience the loss of those he holds dear repeatedly.  We also meet his daughter Era, who becomes separated from her father and is desperately searching for any information on him whereabouts and whether he’s dead or alive.  In her quest for knowledge, she finds love and experiences emotional turmoil as she has to decide which side she’s on and if she ever be reunited with her father.  Kiana Davenport have woven a fantastic tale, complex yet complete.  It puts you on an emotional rollercoaster and you will fall in love with the richness of these characters. 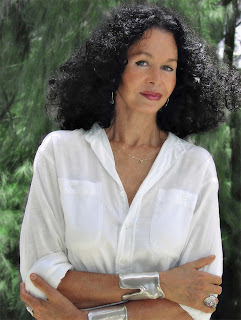 Kiana Davenport is descended from a full-blooded Native Hawaiian mother, and a Caucasian father from Talladega, Alabama. Her father, Braxton Bragg Davenport, was a sailor in the U.S. Navy, stationed at Pearl Harbor, when he fell in love with her mother, Emma Kealoha Awaawa Kanoho Houghtailing. On her mother's side, Kiana traces her ancestry back to the first Polynesian settlers to the Hawaiian Islands who arrived almost two thousand years ago from Tahiti and the Tuamotu's. On her father's side, she traces her ancestry to John Davenport, the puritan clergyman who co-founded the American colony of New Haven, Connecticut in 1638.
Kiana is the author of the internationally best-selling novels, Shark Dialogues, Song Of The Exile, and House Of Many Gods. She is also the author of the collections, House Of Skin Prize-Winning Stories, and Cannibal Nights, Pacific Stories Volume II. Both have been Kindle bestsellers. She has just published her third collection, Opium Dreams, Pacific Stories, Volume III.
A graduate of the University of Hawaii, Kiana has been a Bunting Fellow at Harvard University, a Visiting Writer at Wesleyan University, and a recipient of a National Endowment for the Arts grant. Her short stories have won numerous O. Henry Awards, Pushcart Prizes, and the Best American Short Story Award, 2000. Her novels and short stories have been translated into twenty-one languages. She lives in New York City and Hawaii.

This review brought to you courtesy of Charisma Media Network