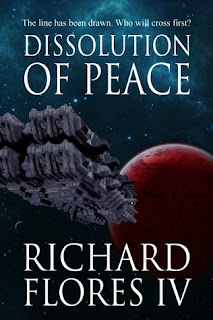 When Earth Navy Captain Christina Serenity is brutally attacked by a traitor, her life is saved by Security Forces Corporal Michael Carlson. On the heels of her recovery, her ship is attacked by terrorists, and she is thrown into a difficult assignment. She must chase after the only clue they have, a Martian ship called the Phobos, and find out what secrets it hides. To make matters worse, someone still wants her dead.

Her ship, E.S.S. Australia embarks on a mission that leads Serenity on journey of discovery, friendship, betrayal, and revenge. She quickly learns the only thing harder to prevent than war, is love.

Now Serenity must trust her protection crew to keep her alive long enough to solve this puzzle while trying to prevent an interplanetary war.

The line has been drawn. Who will cross first?
Purchase: Amazon

My Review
I received a free copy of this novel in exchange for my honest review.  Janice Kantor desperately wants a promotion. In order to get this, she's required to do Protection Security for a year. She's accustomed to policing on Earth, so when she assigned to the ESS Australia, she is unsure what to expect and hopes her year will go by quickly.


Mike Carlton, is the head of Protection Security for the personal security of the captain of the ESS Australia. After the occurrence that had happened with his previous partner, he chooses a candidate he thinks he won't get close to. After all, she barely passed her exam, so he doubts she'll take her post seriously. Boy was he ever wrong.

Captain Christine Serenity, she's the youngest captain of an Earth vessel. Because of this, the Admiral is constantly questioning her suitability for her position. Recovering from an injury made by a traitor to Earth, she has constant security around her at all times. Things get even more dangerous when she uncovers a secret bigger than you can imagine.

This book was a fantastic science fiction thrill ride. There was non-stop action, romance and even a mystery in the mix. Carlton and Serenity’s attraction was not only believable but also plausible. This book could very easily become a memorable sci-fi series comparable to Star Trek. This should be on everyone's TBR List, a definite must read! 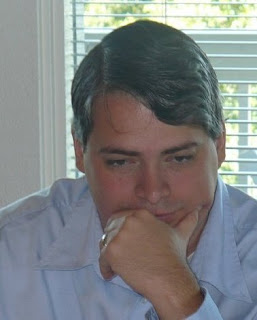 Richard Flores IV is a writer of Speculative Fiction living in Vacaville, California. He has had several short stories in publications such as Liquid Imagination Online, Cygnus Journal of Speculative Fiction, and InfectiveInk.com. His novel debut came in October 2012 with Dissolution of Peace, and he hasn't looked back. Richard is the Editor-in-Chief for Plasma Frequency. He fits writing around raising his three young boys, volunteering with the youth soccer league, and watching San Jose Sharks hockey. He also blogs regularly about writing, life, and how the two mix together.