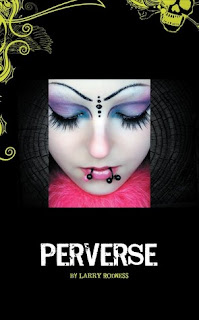 19 year old Emylene Stipe, a 2nd generation Goth, is shaken to the core when her make-believe world turns out to be real.
Purchase: Barnes & Noble | Amazon

My Review
I received a free copy of this novel in exchange for my honest review.  Emylene Stipe, is considered a Goth Princess by the Gothic community.  Her parents Theo and Vandy run a very profitable Goth nightclub where they are considered royalty.  On a quest, parcially to find herself, and to rebel, Emylene moves into an apartment of her own, this is when her life gets turned upside down. She meets a young girl with no name with huge secrets that could destroy Emylene’s world.

This isn’t a sunshine and roses romantic vampire story.  Those are pretty predictable and I was really pleased to see something fresh and unique.  This was an intriguing novel that held me captive for hours on end.  Emylene is a really gutsy main character; she has bravery beyond her years.  This was an amazing novel, rich in history that keeps you guessing until the very end.  This is a must read and one of my favorites for this year. 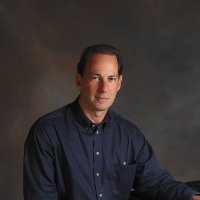 Larry Rodness began his professional career as a singer at the age of 19 working with various bands around Toronto. After studying musical theatre Larry worked in summer stock where his love of writing began. From that point on he wrote for dinner theatre, trade shows, and even ice skating shows. To date he has written over 10 screenplays and has had 3 optioned. "Today I Am A Man" is his first novel, a fiction based on his early experiences about his family who moved from Toronto to Los Angeles in the 60's. His newest novel is entitled, "Perverse" - a supernatural YA novel about a 19 year old second generation Goth princess named Emylene Stipe. It was released Dec of 2012.