Ex-British Special Forces soldier Thomas Gunn is drawn back into his old life of international intrigue and danger following the murder of his billionaire father. The deeper he digs the more complicated the puzzle becomes until he finds himself working for MI5 uncovering a global conspiracy that puts the freedom of the western world at grave risk. His girlfriend Julie becomes his accomplice surprising him with her loyalty, strength of character and physical prowess.

While traversing the globe being shot at, shot down, and losing loved ones - a haunting question tears at his soul – was his father really at the heart of this evil conspiracy? Or was he a pawn in a larger more insidious game that even he could not control?

Seeking the final answer could cost Thomas dearly, ripping from him all that he most loves and cherishes and leaving him questioning his past, his future and what kind of person he is or wants to become. The final outcome depends on him! Or does it?

As a former Captain of Britain’s elite Parachute Regiment and son of an MI6 operative, the author brings his unique and eye-opening experiences to the character and exploits of Thomas Gunn, as well as an unsettling blurring of the lines between fiction and reality when exploring the ruthless abuse of power and position for personal gain.
Purchase: Amazon

My Review
I received a free copy of this novel in exchange for my honest review.  Thomas Gunn is recovering from injuries received as a Special Forces officer in Afghanistan.  While enjoying his yacht on the Mediterranean, he finds out his father has been murdered.  Thomas decides to take over his father’s company, if only to search for clues as to who killed his father and why.  He loses all he holds dear and his life is turned upside down as his quest for a murderer takes him into something bigger and more deadly than he could ever imagine.

This was a fantastic thrill ride.  The descriptions were so vivid it was like watching a movie with your mind’s eye.  Thomas Gunn is a excellent main character, he’s driven to find out the truth at all costs.  AFN Clarke’s writing is comparable to Ian Fleming and Robert Ludlum, if you really like novels by these authors, you’ll love this book!  This was such an amazing novel; I look forward to reading more of his work. 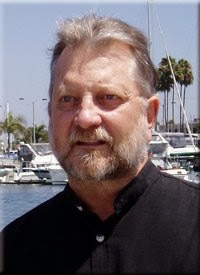 I've been fortunate as a writer to have written the best seller CONTACT and the screenplay for the award winning BBCTV film of the same name. The success of CONTACT was a turning point in my life and I now count myself lucky to be pursuing my passion and writing full time - with 6 works of fiction on sale on Amazon and more on the way. I enjoy writing in various genres - from suspense, intrigue and politically charged thrillers with controversial and provocative themes to literary fiction, humorous satire and books that explore the complexity of human relationships.
Apart from my many lives as a racing car driver, Captain in Britain's elite Parachute Regiment, screenwriter, pilot, yacht skipper, and proud father of four daughters I've lived in Hong Kong, India, Libya, Iran, the UK, USA and travelled extensively. Favorite things to do? Write, sail, listen to opera, rock music, cook gourmet meals, drink wine, have heated discussions and travel off the beaten path.
Having had a near death experience, lost half my insides and made it back from the trauma of war, all I can say is that tends to change how a person looks at life and maybe in a strange way it's made me a better writer. For me - and I suspect for most of my readers - good books are a great way to shut out every day life, suspend normal ways of thinking, and allow yourself to be transported to another world. I love a good story, enjoy laughing out loud, being challenged by thought provoking ideas, sitting on the edge of my seat in anticipation of what's to come and the thrill of unexpected endings. And so I hope that's what my readers get - the thrill, suspense, drama, intrigue, humor, mystery, danger, poignancy, love and laughter of life seen through different eyes.