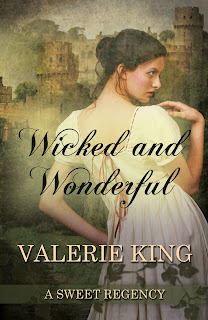 Her heart may long for more…

Judith Lovington escaped a vile man years ago and found sanctuary in a traveling troupe of actors. Fending off the unwanted attentions of rakish gentlemen has become second nature to her. But when Lord Kelthorne begins his assault, never has temptation been stronger. How will she withstand his heated kisses when he represents all that she lost so many years ago and all that she desires now?

But his wicked intentions drive her into his arms…

Kelthorne meant only to have a little fun when he first caught and kissed Judith in his apple orchard. Though intent on mending his ways and marrying a proper young miss, he can’t forget the lovely songstress and sets about to break down her every reserve. As he takes his stolen kisses, however, his clever seductions set to work on his own heart. But will he surrender to love at long last?

My Review
I received a free copy of this novel in exchange for my honest review.  Lord Aubrey Kelthorne owns a huge property in Somerset, large enough to host a castle, an apple orchard, and a beautiful cottage in which he dwells.


Judith Lovington has been hiding her privileged past and working with an acting troupe. The group chanced upon Lord Kelthorne' s property and requested permission to set up camp on it. Dared by her fellow actors, Judith sneaks into the orchard to steal a few apples and prove her bravery. Kelthorne, riding through the orchard, encounters Judith when his dog Rufus, pounced upon her to shower her with kisses. This chance meeting will change both of their lives forever.

This was a beautiful love story. It was a great example of what it was like back then with the differences in classes, society and social circles. One of the things I enjoyed about this book was that you felt for Judith and wanted things to go well for her. Kelthorne was a confused soul. I couldn't believe that because Judith wasn't socially proper for him that he went running to Miss Currivard. I would have slapped him myself for him to make her second best. Overall, this was a magnificent historical romance and a great page turning one at that. 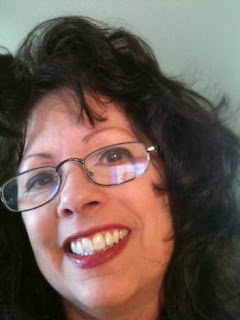 As of August 1, 2013, and with the publication of WONDERFUL HARRIET, Valerie King has published fifty Regency works. In 2005, Romantic Times gave her a Career Achievement award in Regency Romance. Currently, she’s bringing her extensive Sweet Regency backlist to the public and working on Regency Historicals and Sweet Regency Novellas. As Caris Roane, she writes paranormal romance for St. Martin’s Press and is also self-publishing the continuing stories of her Guardians of Ascension series.

To learn more about Valerie King, and to sign up for her newsletter, go to http://www.valerieking-romance.com/

To learn more about Caris Roane, and to sign up for her newsletter, go to http://www.carisroane.com/