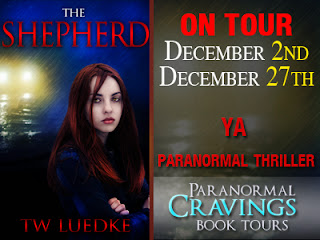 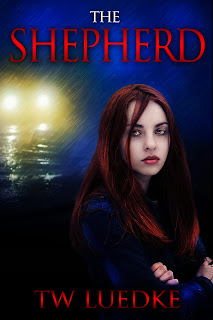 Mike Evans here. Sixteen year old skate punk squatting in a white-trash trailer park with my loser drunk Dad. Seems I lost most of my friends when Dad lost our home in foreclosure. Only Anita stuck by me. Worse, I keep having strange clairvoyant visions of things that always come true.

Then I almost ran over Nadia in my Geo. A passing truck finished the job – left a crumpled heap of skin and bone on the road. I fixed her. Me.

Now this fourteen year old girl won’t leave me alone. I sorta let her sneak in my window when she needs a place to crash.

I have a double life: daytime at school, Anita, skating, and then my nights with Nadia. She's my secret friend, gives me money and listens to my problems when nobody else will.

My world is spinning out of control. Old friends have turned enemy, my grisly visions of death won’t quit, and Anita’s intentions make my head spin. Even with all that, I’ve got bigger stuff to worry about.

My Review:
I received a free copy of this novel in exchange for an honest review. Mike Evans is almost a typical teenager, I say typical because not only does he live with the guilt of his mother dying giving birth to him, but he has also inherited her visions. He's a skateboarder with very few friends. Then one day after posting his friend's McDonald's escapade on Facebook, his world is turned upside down. He then meets Nadia, a beautiful, homeless younger teenage girl, who seems to be drawn Mike. As he tries to get the bullies to leave him alone he begins to have troubling visions of people getting hurt. Will they heed his warnings before it's too late?  How will Mike react when he finds out the truth about Nadia?  Will anyone even believe him?


This was an awesome paranormal thriller. You can easily relate to Anita and how she sees herself. Being a teenager is difficult as it is, but to have a bad self image and also a huge crush on your best friend is quite a bit to handle. Nadia, I couldn't get my head around at first, because she was a homeless teen that seemed to pop up everywhere Mike went. When you find out the truth it'll certainly surprise you! Everything about this book was plausible and it made a great story that held me captivated from beginning to end. 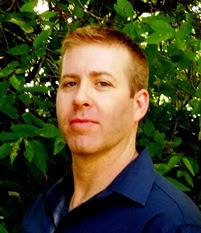 Travis Luedke is a husband, father, and author of Urban Fantasy Thriller, Paranormal Romance, Contemporary Fantasy, Young Adult Fiction, and Sci-fi. He is currently catching a 3rd degree sunburn in San Antonio, Texas, and loving every minute of it.