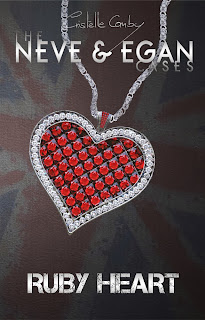 Synopsis:
When elderly client Doris Hargrave informs private investigator Alexandra Neve that her beloved antique ruby heart necklace has gone missing for the second time in a period of over sixty years, Alexandra knows this is no ordinary jewellery theft. The ruby heart is a family heirloom and the only thing that connects an ailing Mrs Hargrave to her parents, who were murdered during the Holocaust.

To solve the case, Alexandra and her business partner, blind history professor Ashford Egan, must sift through obscure Holocaust documents to find out the truth. It’s that way that they learn of a secret World War II-era love affair which could hold the key to all the answers they are looking for. Meanwhile, Egan is under immense pressure from the university to quit his private investigating business, and Alexandra is afraid that a man she trusts will leave her. Again.

When Alexandra begins to receive anonymous threats and her flat is vandalised, this all becomes personal. Knowing that there is someone out there to hurt her, Alexandra vows to find that elusive ruby heart if it’s the last thing she ever does.
Purchase: Amazon


My Review:
I received a free copy of this novel in exchange for an honest review. This is book two of The Neve and Egan Cases.  Alexandra Neve and Ashland Egan are at it again in this action filled mystery.  Doris Hargrave seeks out Neve and Egan to assist her in finding a beautiful ruby heart pendant, a family heirloom and the only item she has of her parents both of whom were murdered in the Holocaust.  This is a particularly bizarre case as this is the second time it has been stolen.  Ms. Hargrave is desperate to have it back before she passes away or her granddaughter gets married.  Time is running out and Alexandra inadvertently puts her mom and Egan in harm’s way.  Will they be able to unravel this mystery?  Will Alexandra be able to keep everyone she holds dear safe?

This was a hard book to put down.  Every page was filled with so much intrigue that you had to find out what happened next.  You will easily connect with the main character, Alexandra Neve, as she strives to protect her friend Ashland and her mother.  I couldn’t help but enjoy the story and the historical background of the Holocaust as well.  This was a great mystery, a wonderful book to snuggle up under a blanket on a cold evening to read. 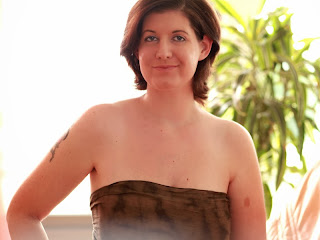 About the Author:
Cristelle Comby was born and raised in the French-speaking area of Switzerland, in Greater Geneva, where she still resides.

Thanks to her insatiable thirst for American and British action films and television dramas, her English is fluent.

She attributes to her origins her ever-peaceful nature and her undying love for chocolate. She has a passion for art, which also includes an interest in drawing and acting.