The Fountain of the Earth Book Review 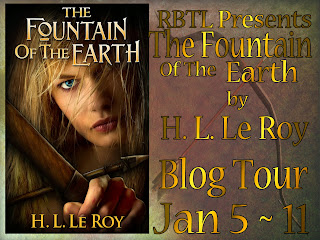 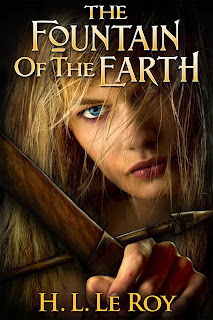 Synopsis:
The first in a planned series, The Fountain of the Earth is set on the West Coast following a catastrophic solar flare that has destroyed civilization, leaving only a few people struggling to survive. After witnessing the vicious murder of her mother, Terra Vonn (15) has a singular focus—exacting revenge on the killers. But before she can complete her plans, savagery intervenes and she is cast alone into a brutal post-apocalyptic world. As she trails the men south through a land filled with cannibalistic criminals, slave traders, and lunatics, the hunter becomes the hunted. Terra quickly learns that she is neither as tough nor as brave as she thinks she is. Worse, she may be the only one who stands between what little remains of civilization and destruction.
Purchase from Amazon

My Review:
I received a free copy of this novel in exchange for an honest review. In a post apocalyptic world Terra Vonn and her family struggle to survive. No longer is there electricity, supermarkets or department stores. Everything has to be done the old fashion way. Wives are chosen at a "Wedding Party", where the men bid for the women and the highest bidder wins the bride. There are no longer states, everyone lives in a clan. The day of Terra' s wedding party, her father was tragically killed while hunting. This does not bode well for Terra, as she didn't want to marry but now her family needs a man to look after them. Unfortunately, no one chooses Terra, now she and her mother must struggle to survive. Until one night her life is forever changed. Men from another clan appear visiting with their clan chief. They are pushy and obnoxious and when night comes, they break into Terra' s hut, attack and murder her mother. When the clan chief doesn't seem interested in avenging her mother's death, Terra takes off on a life changing voyage bent on revenge.  Will Terra ever find Aurora, or is it a city of myths and legends?  Can she trust the people she's met along the way?

The Fountain of the Earth is a wonderful dystopian novel. It reminded me of the television series Revolution, but with just one really bad group. I felt really bad for Terra, losing everyone she loved so young and quickly learning how to defend herself and kill others. I was completely giddy when she met Ethan, they had so much in common, you just wanted him to hurry up and say something! I also loved how her group of travelers became like family to her. She loved them as much as they loved her. I loved this book, it took me on an amazing adventure, one I'm sure not to forget. If Dystopian reads are what you enjoy, be sure to check out this one! 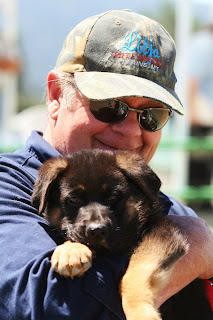 About the Author:
H. L. (Holly) LeRoy is an American short story writer and novelist, author of the award winning Street Crimes anthology and the novel The Fountain of the Earth (Nov. 22, 2013), first in a series of young adult adventures. Born in San Jose, California, LeRoy currently resides in Pioneer, California with his family.