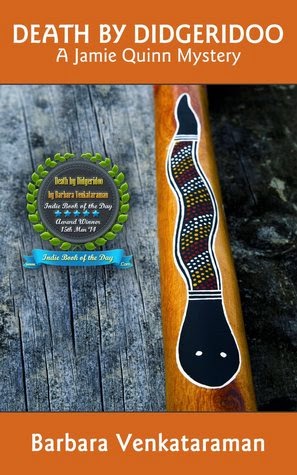 Synopsis:
Reluctant lawyer, Jamie Quinn, still reeling from the death of her mother, is pulled into a game of deception, jealousy, and vengeance when her cousin, Adam, is wrongfully accused of murder. It's up to Jamie to find the real murderer before it's too late. It doesn't help that the victim is a former rock star with more enemies than friends, or that Adam confessed to a murder he didn't commit.

Death by Didgeridoo is book one of the Jamie Quinn mysteries. When Jamie’s cousin, Adam is a suspect in his music teacher’s murder, she’ll stop at nothing to prove his innocence. Her aunt Peg is in despair. Because of Adam’s Asperger’s Syndrome, he can’t verbalize what actually happened or what he saw, only that it’s entirely his fault. The police have him as the number one suspect and they claim his unsolicited confession is enough to press charges.

The characters in this cozy mystery each have their own unique personality, I really loved that part. My favorite character has to most definitely be Duke. Even though he drank a lot, he was quite the flirt and I found him amusing. Adam is a really sweet kid, and you find yourself rooting for his innocence. I’ve never read anything from this author, but her books are definitely going to be my new rainy day reads. Her story flows wonderfully and there’s lots of humor and quirky fun. 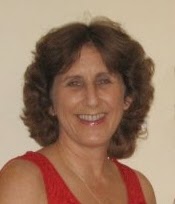 Barbara Venkataraman is an attorney and mediator specializing in family law. She is the author of "The Fight for Magicallus," a children's fantasy, "If you'd Just Listened to Me in the First Place," a humorous short story and two books of humorous essays: "I'm Not Talking about You, Of Course," and "A Trip to the Hardware Store & Other Calamities," which are part of an ongoing series entitled "Quirky Essays for Quirky People."

Her latest works are: "Death by Didgeridoo," and "The Case of the Killer Divorce," both Jamie Quinn mysteries." All of her books are available on Amazon Kindle.