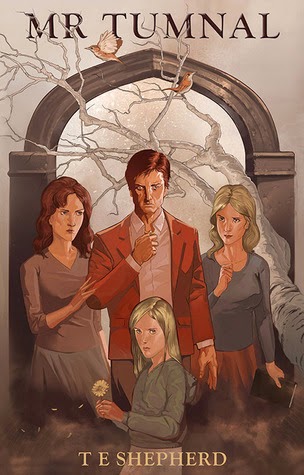 Lewis Tumnal is in his early thirties, and a teacher of English and Creative Writing, and he’s old before his time. He wears a corduroy jacket with patches on the elbows, but he’s likeable and friendly and a popular teacher all the same. He’s quiet and uncomplicated, happiest when talking around his subject area. He lives in a big, old, Edwardian house in the north of a Wren Hoe – a university town on the edge of the Cotswolds. He has a wife, and a daughter of eleven years who loves her father, and who is loved by her father. He has a passion for photography and is a member of a local photographer’s society and helps run a night course at college.

But Lewis Tumnal and his family are the imaginary lives of Louis Tumnal, a withdrawn and lonely bachelor, ill at ease with himself in social situations. With few friends, he goes to a night course in photography which he loves, but he keeps himself very much to himself. That is, until he meets Kathryn…

Kathryn Summers joins the photography class mid-term and immediately forms a bond of friendship with Louis. His uncertainty around people, and in particularly women, makes for an awkward friendship though. It is all the more awkward for Mr Tumnal, and the life he believes to lead with his wife and child. As his relationship with Kathryn develops, so his marriage falls apart, and his make believe world spills out into the real world.

Mr. Tumnal is a unique fantasy novel about a young man, Louis Tumnal, a teacher that is haunted by the melody that he first learned to play as a young boy.  Ms.  Leroy, the woman who took him under her wing and began teaching him music, has now become headmistress of his former school and has given him a teaching position.  It isn't until he meets Kathryn at a photography course that things begin to take a sinister turn. Kathryn begins to question what is real and what is really fiction.

The story in and of itself completely surprised me.  In the beginning, because the story toggles between Lewis and Louis, I began getting confused and wondering if Louis was completely looney.  Once I got the hang of their being a Lewis AND a Louis, the story flowed seamlessly.   I have honestly never read a story quite like this one, and the fact that even though I was baffled at what I was reading, adding the fantasy aspect made it amazing, I would never have guessed in a million years that it would have turned out the way it did.  This was an amazing fantasy, well written through and through!

I was born and grew up in Lowestoft, Suffolk before moving to Cheshire to study a degree in Creative Arts. Having worked as an electronic production editor for science and academic publishers in Oxford, I now work as a Web and Digital Media Officer for a top modern university. I live in Oxfordshire with my wife Emma and our seven cats, four chickens, two bunnies and a hamster.

I'm different. I'm not your usual person. Lots of people can say that about themselves but with me it’s true. Just ask my wife! I only discovered how different in the last ten years when I discovered that I have Asperger’s Syndrome, which is on the mild end of the autism spectrum. In subtle, subconscious ways it affects my writing. For someone who is, on occasion, somewhat clueless and inept in social situations, I have been praised on my dialogue. As a person I also have difficulty reading visual cues and body-language and consequently my editors often tell me I'm telling too much when I should be showing. Show not tell they say and I have to really work hard to achieve that!