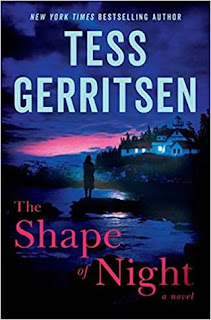 Synopsis:
A woman trying to outrun her past is drawn to a quiet coastal town in Maine–and to a string of unsolved murders–in this haunting tale of romantic suspense from New York Times bestselling author Tess Gerritsen. Ava Collette is punishing herself for an unspeakable tragedy. So she flees Boston and rents an old home named Brodie’s Watch on a remote coastal peninsula of Maine, hoping to work on a cookbook inspired by New England cuisine that she’s been trying to finish for months. She immediately feels at peace in the isolated house–until she starts to hear strange noises. Rumor has it that a sea captain named Brodie has haunted the house for decades. Then, one night, Ava is awakened to find herself face to face with an apparition who looks–and feels–all too real. Meanwhile, there’s been a series of accidental deaths nearby that don’t add up. And as Ava starts to check into the previous renter’s mysterious disappearance, she starts to realize that there’s a disturbing secret some in town are desperate to keep hidden. Soon all of Ava’s waking hours are consumed by her investigation, and her nights are ignited by Captain Brodie’s ghostly visits. But even as she questions her own sanity, she knows she must uncover the truth before a killer strikes again.

My Review:
I received a free copy of this novel from Random House in exchange for my honest review .

Ava Collette has decided to live in a small Maine town for a few months while she finishes her New England cookbook.  She rents out a beautiful mansion with an amazing views of the ocean.  But living in a historical mansion also includes many stories of the original owner, Captain Jeremiah Brodie.  During the gathering of information for her book, she quickly gets consumed in the history until she begins seeing Captain Brodie.  Is it a figment of her imagination, a drunken hallucination, or is she really seeing an apparition?

This was a great novel, I was drawn in quickly and could not put it down.  I love the way Tess Gerritsen writes, it always just flows. Not only does she have a ghost story but she even squeezes a mystery into the mix!  A fabulous read through and through!
About the Author: 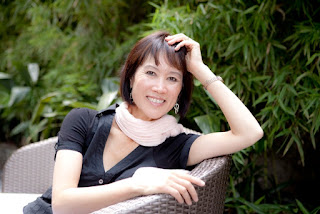 Internationally bestselling author Tess Gerritsen took an unusual route to a writing career. A graduate of Stanford University, Tess went on to medical school at the University of California, San Francisco, where she was awarded her M.D. While on maternity leave from her work as a physician, she began to write fiction. In 1987, her first novel was published. Call After Midnight, a romantic thriller, was followed by eight more romantic suspense novels. She also wrote a screenplay, "Adrift", which aired as a 1993 CBS Movie of the Week starring Kate Jackson. Tess's first medical thriller, Harvest, was released in hardcover in 1996, and it marked her debut on the New York Times bestseller list. Her suspense novels since then have been: Life Support (1997), Bloodstream (1998), Gravity (1999), The Surgeon (2001), The Apprentice (2002), The Sinner (2003), Body Double (2004), Vanish (2005), The Mephisto Club (2006), and The Bone Garden (2007). Her books have been translated into 31 languages, and more than 15 million copies have been sold around the world. As well as being a New York Times bestselling author, she has also been a #1 bestseller in both Germany and the UK. She has won both the Nero Wolfe Award (for Vanish) and the Rita Award (for The Surgeon.) Critics around the world have praised her novels as "Pulse-pounding fun" (Philadelphia Inquirer), "Scary and brilliant" (Toronto Globe and Mail), and "Polished, riveting prose" (Chicago Tribune). Publisher Weekly has dubbed her the "medical suspense queen". Now retired from medicine, she writes full time. She lives in Maine.
Connect with Tess: Website | Twitter | Facebook