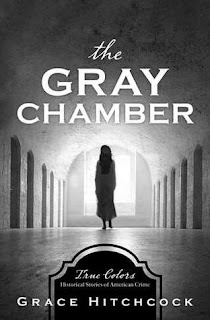 Step into True Colors -- a new series of Historical Stories of Romance and American Crime
Will Edyth prove her sanity before it is too late?

On Blackwell Island, New York, a hospital was built to keep its patients from ever leaving.

With her late father’s fortune under her uncle’s care until her twenty-fifth birthday in the year 1887, Edyth Foster does not feel pressured to marry or to bow to society’s demands. She freely indulges in eccentric hobbies like fencing and riding her velocipede in her cycling costume about the city for all to see. Finding a loophole in the will, though, her uncle whisks Edyth off to the women’s lunatic asylum just weeks before her birthday. Do any of Edyth’s friends care that she disappeared?

At the asylum she meets another inmate, who upon discovering Edyth’s plight, confesses that she is Nellie Bly, an undercover journalist for The World. Will either woman find a way to leave the terrifying island and reclaim her true self?

My Review:
Edyth Foster is a young and rather wealthy eccentric not pressured to marry or behave the way society insists a woman must behave.  Keep in mind it's 1887, and women do not ride velocipedes, nor do they fence.  She lives with her Uncle and his new bride whose found a loophole in her parents' will and will do anything possible to have her committed.  Does anyone even have a clue what her uncle has done?  While at the asylum, she makes friends with Nellie Bly, an undercover journalist reporting on the horrors happening there.

Although the characters in this novel are a work of fiction, The circumstances of being committed and the treatment at the asylum is in fact true.  I cried many tears for Poppie and her horrible treatment in that place.  I'm pretty sure if they had given her counseling she'd have come to terms with the loss of her father.  This was a creative and heart rending novel so be sure to have lots of kleenex handy. 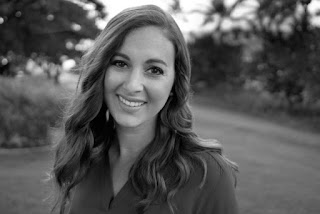 Grace Hitchcock is the author of The White City and The Gray Chamber from Barbour Publishing. She has written multiple novellas in The Second Chance Brides, The Southern Belle Brides, and the Thimbles and Threads collections with Barbour Publishing. She holds a Masters in Creative Writing and a Bachelor of Arts in English with a minor in History. Grace lives in southern Louisiana with her husband, Dakota, and son. Visit Grace online at GraceHitchcock.com.
5 Stars Historical Fiction