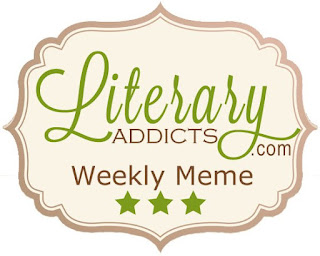 The theme of this week is Stalker Day!

Pick your favorite author that you love to stalk and just can’t get enough of!

Join our group HERE to find out next week’s theme!

There was once a time when all I ever read was Stephen King novels, now I've branched out quite a bit as you can see from my blog.  Here are the main two authors I stalk and a few fun facts about them.

One of Dean Koontz's pen names was inspired by his dog, Trixie Koontz, a golden retriever, shown in many of his book-jacket photos. Trixie originally was a service dog with Canine Companions for Independence (CCI), a charitable organization that provides service dogs for people with disabilities.  It is widely thought that Trixie was his inspiration for his November 2007 book, The Darkest Evening of the Year, about a woman who runs a golden retriever rescue home, and who rescues a 'special' dog, named Nickie, who eventually saves her life. In August 2009 Koontz published "A Big Little Life," a memoir of his life with Trixie.
Ted Dekker was born to missionaries who lived among the headhunter tribes of Indonesia. Because his parents’ work often included extended periods of time away from their children, Dekker describes his early life in a culture to which he was a stranger as both fascinating and lonely. It is this unique upbringing that forced him to rely on his own imagination to create a world in which he belonged.