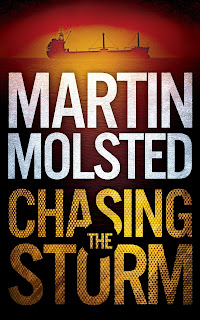 What do you get when you take one dose of high-level gangsters, one dose of corrupted politicians, add to the cocktail a missing ship and then blend it with an unstoppable Russian journalist, an awesome hacker and a former elite soldier who’s become an alcoholic, fed-up, office rat?

You get Chasing the Storm!

While in Hamburg, lawyer and former elite soldier, Torgrim Rygg, witnesses the assassination attempt on Marko Marin, a Russian journalist investigating the disappearance of a ship ostensibly carrying timber bound for Algiers. He gets drawn into a world of conspiracies, cover-ups and the relentless search for a missing ship. Disenchanted with his mundane office-life he agrees to help Mr. Marin, and together with Marin’s girlfriend, Lena, and their hacker, Sasha, he sets out on a journey to discover the truth about the missing ship.

Their truth seeking kicks off a series of life-threatening events and a relentless race against time to foil whoever is behind the disappearance of the ship, The Alpensturm. Their revelation puts not only their own lives at risk but the safety of the whole world … 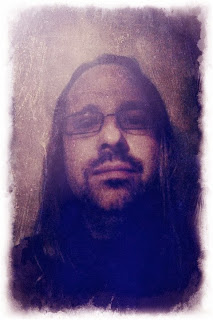 
Chasing the Storm is Martin Molsted's debut novel, although he has been actively engaged in writing shorter fiction, as well as screenplays since 2009. When he is not working as an Archivist in a Fortune 500 engineering company, he writes fiction and non-fiction.

Martin Molsted lives in Asker, a small town between the greater cities Oslo and Drammen, in eastern Norway. He lives together with his French wife and their two daughters. No animals.

He is currently working on the storylines for a trio of further Rygg & Marin thrillers, so stay tuned for more compelling and intriguing action.
Connect with Martin:
Website | Goodreads | Facebook | Twitter