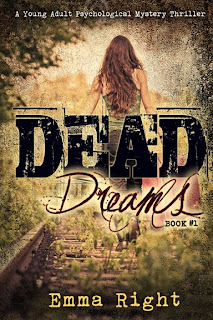 Eighteen-year-old Brie O’Mara has so much going for her: a loving family in the sidelines, an heiress for a roommate, and dreams that might just come true. Big dreams--of going to acting school, finishing college and making a name for herself. She is about to be the envy of everyone she knew. What more could she hope for? Except her dreams are about to lead her down the road to nightmares. Nightmares that could turn into a deadly reality.

My Review:
I received a free copy of this novel in exchange for my honest review.  Brie O’Mara is your typical eighteen year-old.  She wants to prove to her independence to her family.  In order to do so, Brianna has two jobs and now must find a roommate.  She interviews a few people until she meets Sarah.  She thinks she’s hit the jackpot with Sarah and is willing to overlook her quirky paranoid ways…that is, until things begin not making sense.  Then there are the nightmares that plague her.  Are they her subconscious trying to warn her?

This was one of the most exceptional psychological thrillers I’ve read in quite some time.  It left me on the edge of my seat and unable to put it down until the very end.  I screamed in frustration when I was done because I had no idea this was a series, and now, I have to wait for book two to come out!  If you’re like me and enjoy a good YA mystery once in awhile, this is a must read! 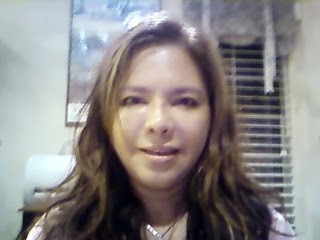 Emma Right is a happy wife and homeschool mother of five living in the Pacific West Coast of theUSA. Besides running a busy home, and looking after their five pets, which includes two cats, two bunnies and a Long-haired dachshund, she also writes stories for her children. When she doesn't have her nose in a book, she is telling her kids to get theirs in one.

Right worked as a copywriter for two major advertising agencies and won several awards, including the prestigious Clio Award for her ads, before she settled down to have children.
Connect with Emma:
Website | Blog | Facebook | Twitter | Goodreads | Google+ | Pinterest