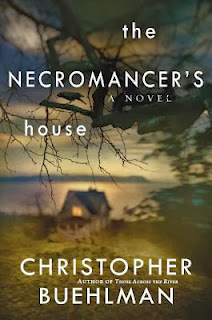 “You think you got away with something, don’t you? But your time has run out. We know where you are. And we are coming.”
The man on the screen says this in Russian.
“Who are you?”
The man smiles, but it’s not a pleasant smile.
The image freezes.
The celluloid burns exactly where his mouth is, burns in the nearly flat U of his smile. His eyes burn, too.
The man fades, leaving the burning smiley face smoldering on the screen.
“Oh Christ,” Andrew says.
The television catches fire.

Andrew Ranulf Blankenship is a handsome, stylish nonconformist with wry wit, a classic Mustang, and a massive library. He is also a recovering alcoholic and a practicing warlock, able to speak with the dead through film. His house is a maze of sorcerous booby traps and escape tunnels, as yours might be if you were sitting on a treasury of Russian magic stolen from the Soviet Union thirty years ago. Andrew has long known that magic was a brutal game requiring blood sacrifice and a willingness to confront death, but his many years of peace and comfort have left him soft, more concerned with maintaining false youth than with seeing to his own defense. Now a monster straight from the pages of Russian folklore is coming for him, and frost and death are coming with her.
Purchase: Amazon

My Review
I received a free copy of this novel in exchange for my honest review.  Andrew Blankenship is a very strong warlock.  He has an extensive library of spell books in his home, which he has booby trapped for any unsuspecting thief.  He’s a recovering alcoholic and is a sponsor to Anneke.  She sees all of Andrew’s creations (they are all brought back from the dead), and learned that her gift of pottery could also be magic.  A chance encounter with one of Andrew’s undead, begins a war Andrew isn’t prepared for.  With his friend, Michael Rudnick, by his side they begin a deadly battle.

“The Necromancer’s House” reminded me of one of the older creepy Stephen King novels.  This is certainly one book you don’t want to read alone in the dark. The back story draws you in from the very beginning.  The story had a lot of unexpected twists that kept me guessing right up to the very end.  My favorite character was Anneke, she was so brave and gave the impression that nothing really scared her.  All in all, a brilliantly written novel, one I am sure lovers of Dean Koontz, H.P. Lovecraft and Stephen King will enjoy.  I look forward to reading much more from this author. 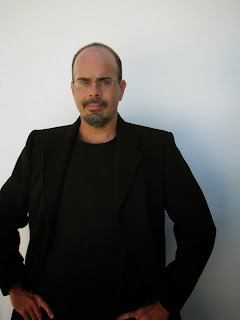 Christopher Buehlman is a native Floridian and author of the literary horror novels Those Across the River and Between Two Fires. He won the 2007 Bridport Prize in poetry and was nominated for a World Fantasy Award for best novel in 2012 for Those Across The River. He is also the author of several provocative plays, including Hot Nights for the War Wives of Ithaka. Many know him as comedian Christophe the Insultor, something of a cult figure on the renaissance festival circuit. Christopher holds a Bachelor’s degree in French Language from Florida State University, where he minored in History. He lives in St. Petersburg, Florida.