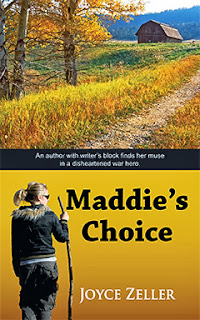 Romance writer Maddie Taylor is fed up with New York City. She is getting nowhere with her latest manuscript and does not believe true love exists outside of her imagination. When a friend, Jonah Spartman, dies and wills her half of his Arkansas cattle ranch, she sees the chance for a new beginning. Jonah has also left behind two orphaned great-grandsons desperate for affection and an accounting book in the red.

The other half of the failing ranch belongs to Gideon Spartman, Jonah’s grandson, who believes all capacity for love was torn from him during his tour of duty in Afghanistan. Rugged and sexy, Gideon is the enthralling physical manifestation of the hero in Maddie’s current manuscript. He is far from happy to be sharing an inheritance that is rightfully his. As she senses the need behind Gideon’s rough and unwelcoming exterior, Maddie acknowledges her own yearning for love and family.

Jonah’s will requires Maddie to stay on the ranch for three months. When that time is up, will she return to her comfortable but emotionally barren existence or embrace the challenges of her new life, which include cattle rustlers and drug dealers? Maddie’s choice proves to be far from simple.
Purchase: Amazon | Barnes & Noble

My Review
I received a free copy of this novel in exchange for my honest review.  Gideon Spartman tried his best to run away from his past.  He and his brother were raised by their grandparents after their parents dropped them off one day at the ranch and never returned.  Gideon fought for his grandfather’s acceptance but Jonah only had room in his heart for Gideon’s brother Zeke.  Now Jonah has passed away, leaving Zeke’s boys without a guardian.  Gideon, having just left the army is forced to return to the ranch, not only run it but also raise his nephews.  Jonah has also left half of the ranch to romance author Maddie Taylor.  A woman he has only met once during a blizzard.  His requirement, she has to stay there for three months.  When she meets Gideon, it’s an instant attraction.  Will Maddie be able to go beyond his rough exterior to find that soft spot in his heart?

This was a sweet romance.  Maddie is a great main character; she had to overcome quite a bit to open herself up to the possibility of love.  All of the characters were easy to connect with and you’ll find this book difficult to put down.  This was a heartwarming story with a mystery in the background.  You never know if you can love someone unless you make yourself open to the idea. 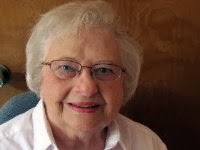 Joyce Zeller is retired from her retail business of 30 years where she worked as a professional perfumer and aromatherapist, and has now embarked on a career as a published author, mostly fiction. All her books have a recurring theme, that the human condition needs love and companionship to survive.