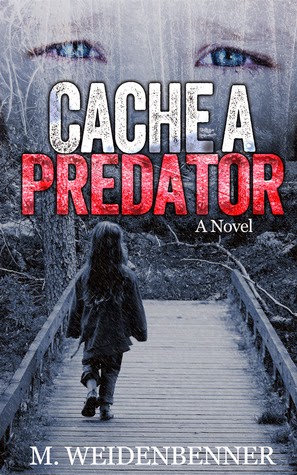 Officer Brett Reed will do anything to gain custody of his five-year-old daughter, Quinn. But when the man-hating judge grants Brett’s drug-addicted ex-wife custody and slaps him with a protective order for losing his temper, he fears for Quinn’s safety. Who will protect her now?

When Quinn is found abandoned on the streets, Brett’s worse nightmares turn toward a dark path. The child is placed in a temporary foster home until Child Protective Services can complete an assessment. It should only take a few days.

But a lot can happen in a few days.

Especially when there’s a deranged psychopath on the loose, someone who’s attacking pedophiles, someone who wants to protect children like Quinn, and someone who’s planting body parts in geocaching sites.

Cache a Predator is a novel about a father’s love, justice, and the unhinged game of hide-the-cache.
Purchase: Amazon | Barnes & Noble

Police Officer Brett Reed had been fighting to get custody of his 5 year old daughter Quinn.  Instead his drug and alcohol addicted ex-wife gets full custody.  Her behavior causes Quinn to be found wandering in her pajamas, blocks from home, looking for her dog Max.  As if Brett didn’t have enough stress, now there’s a person maiming pedophiles and leaving their appendages in geocaching sites.  He needs to find the criminal before he strikes again.

This was a very emotional book for me.  The heartbreak that Brett went through daily over not being able to keep his daughter safe was just so heart rendering.  Then to see the psychologist connect and care so much for Quinn right from the beginning while struggling with her own demons, just melted my heart.   I’m not sure if the author intended for this to be a Christian novel, but there were a few references to God, not in a preachy kind of way, so even a non Christian can enjoy it.  I think this novel was a perfect example for those of us that persevere, that our struggles and trials in life are meant to make us stronger.  This was a hard to put down crime novel with many tearjerker moments, so be sure to have some tissues nearby. 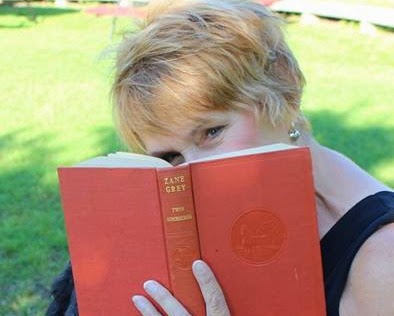 Michelle is a fulltime employee of God’s kingdom, writing and encouraging writers every day. She’s often a sucker for emotional stories, her sensitive side fueling the passion for her character’s plights, often giving her the ability to show readers the “other” side of the story.


She grew up in the burbs of Detroit with five brothers. No sisters. Each time her mom brought the boy bundle home from the hospital Michelle cried, certain her mom liked boys better than girls. But when her brothers pitched in with the cooking, cleaning, and babysitting—without drama, Michelle discovered having brothers wasn’t so bad. They even taught her how to take direct criticism without flinching, which comes in handy with book reviews.

Michelle is living her dream—writing every day and thanking God for the stories He puts in her path. When Michelle isn’t writing she’s winning ugly on the tennis court. She’s known as “Queen of the Rim Shots.” No joke. It’s ugly.
Connect with Michelle:
Website | Twitter | Goodreads