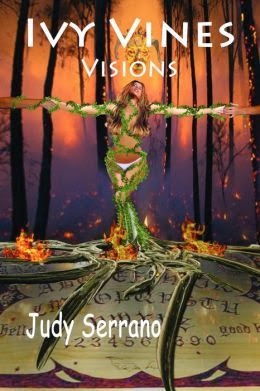 Moving to Sedona was the only way Ivy could think of to start over. She would meet her high school sweetheart and work on making things right between them. Her psychic abilities were gradually becoming a curse and she needed a new start. Little does she know that when she applies for a waitressing job at a local, upscale French bistro, she will come in contact with the dark and mysterious Eli Dubois. What she doesn’t realize is she has just walked into the middle of the Vortex Murders, which involve a great deal of paranormal activity. Elijah’s armies of seers are being murdered, one by one, which seems to be magnifying Ivy’s special abilities.

Eli's best friend, Jake, arrives on the scene and reveals the secret that changes everything. With nowhere to turn, Ivy leans on the two men who offer her solace. And who is the old woman in the shroud? Is she a vision, a dream, or is she real? Only time will tell.

Ivy Vines was just your typical kid; at least she was until her thirteenth birthday.  Her friend Gina brought over an Ouija board for their group of friends to play with.  After their first experience, Gina reaches the revelation that Ivy has a sixth sense, and as they continue to play, all hell breaks loose…literally!  Now, its several years later and Ivy is ready for a fresh.  She moves to Sedona to live with her best friend Simone, and rekindle her romance with ex-boyfriend Michael.  Unfortunately things aren’t what they seem, and Ivy’s sixth sense has been reawakened.  Will she be able to survive this nightmare?  Who is this old woman that keeps appearing to her?

What can I say about this book?  I was completely engrossed from the very beginning.  I loved the fact that this paranormal romance was unique in the storyline.  There’s witches, demons, seers, shape shifters and of course the devil himself.  The story flowed wonderfully, and I was at the edge of my seat wondering what would happen next.  There’s lots of romance, including a love triangle.  This was a great action packed novel, and I’m eagerly anticipating book two, I can’t wait to see what happens next! 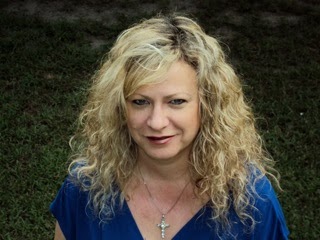 Judy Serrano graduated from Texas A&M University, Commerce with a BA in English. She is the owner of Alpha Editing and is an adjunct professor at a local college. She is a freelance writer for certain on-line publications and writes romantic suspense and paranormal romance novels. She is the author of The Easter’s Lilly Series, the Linked Series, and Ivy Vines, Visions.

Although she is originally from New York, she currently resides in Texas with her husband, four children, (all boys) and five dogs. She is also a singer/songwriter in her spare time.