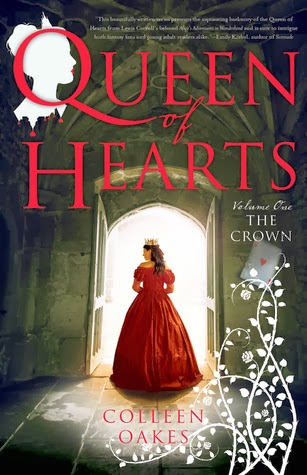 Not every fairytale has a happy ending.
This is the story of a princess who became a villain.
***
A Father’s Betrayal. A Kingdom with a Black Secret. A Princess Slowly Unraveling.

As Princess of Wonderland Palace and the future Queen of Hearts, Dinah’s days are an endless monotony of tea, tarts, and a stream of vicious humiliations at the hands of her father, the King of Hearts. The only highlight of her days is visiting Wardley, her childhood best friend, the future Knave of Hearts — and the love of her life.

When an enchanting stranger arrives at the Palace, Dinah watches as everything she’s ever wanted threatens to crumble. As her coronation date approaches, a series of suspicious and bloody events suggests that something sinister stirs in the whimsical halls of Wonderland. It’s up to Dinah to unravel the mysteries that lurk both inside and under the Palace before she loses her own head to a clever and faceless foe.

Part epic fantasy, part twisted fairy tale, this dazzling saga will have readers shivering as Dinahs furious nature sweeps Wonderland up in the maelstrom of her wrath.

Familiar characters such as Cheshire, the White Rabbit, and the Mad Hatter make their appearance, enchanting readers with this new, dark take on Alice’s Adventures in Wonderland.
Purchase: Amazon


I received a free copy of this novel in exchange for an honest review.
Princess Dinah is preparing to be queen and rule their kingdom alongside her father.  Her coronation will be on her eighteenth birthday or so she had hoped.  Not only is her father plotting against her, but his aide Cheshire as well (this Cheshire isn’t a cat).

This is a great story that draws you into another world.  There’s a slight romantic interest, but nothing comes of it so this is definitely not a romance novel.  The characters were so well described that you immediately connect with them.  This is a great take on Wonderland’s Queen of Hearts; could we be reading a possibility of how she became evil?

Colleen Oakes has begun an amazing dark fantasy series with Queen of Hearts, one I’m sure everyone will enjoy!  I can’t wait to find out what happens in book two. 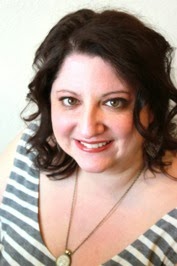 Colleen Oakes is the author of the Elly in Bloom Series and the YA fantasy The Queen of Hearts Saga, both published via Sparkpress. She lives in North Denver with her husband and son. When not writing, Colleen enjoys swimming, traveling, and immersing herself in nerdy pop culture. She is currently at work on the third Elly novel and another YA fantasy series titled Wendy Darling.