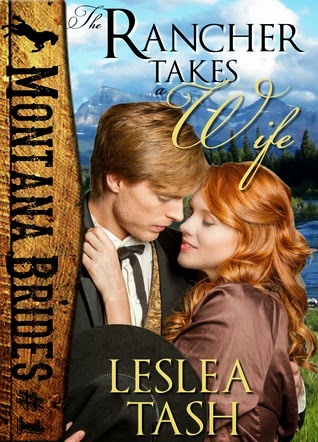 Synopsis:
Chastity Lilly is no flapper. In 1920s New York, she's determined to find a career as a teacher so she can support her family upstate. But one thing leads to another, and the company she keeps in the big city leads her down a very different path than the one she sought.
When she helps a handsome rancher in town looking for his own errant sister, can she turn her act around? Will she take his offer of a teaching position in Wedlock, Montana and make a brand new start? And if she does, can she--and the rancher--leave the past behind to forge a new future together?
Not if the rancher's sister has her way.


*This is a sweet historical Western romance. There are no PG-13 or R-rated scenes.

Excerpt
“I’ve embarrassed you again,” he said quietly. He stopped and turned to face
me. “Please forgive me. In Montana I’m used to dodging cow piles, but since I’ve met
you I seem to have a gift for stepping right in ‘em!”
I laughed. “You’re funny, Mr. Ward. Please stop asking my forgiveness. I’m
afraid we’ll be forever locked in a battle of who can be the most polite!”
It was his turn to laugh. His wide smile and perfect teeth went a long ways
toward smoothing things over.
“I’ve got an idea,” I said. “Let’s go to the police station together. We can
inquire about my friend and about your sister there.”
He nodded. “Excellent idea. I’ve visited as many stations as I could since I got
to town, but there’s one on Broadway I’ve yet to see. Shall we?”
The traffic on Broadway was thick, but faster moving than Wall Street. After
a few blocks, Mr. Ward gestured to a police station on the opposite side of the street.
“It’s just this way,” he said, and then he did the unthinkable, stepping out into the
street without looking.
I pulled him back onto the sidewalk so hard, he lost his balance and toppled
on top of me.
“So sorry!” he said as he fell, but it was too late. In a moment, I was out of
breath, Mr. Ward’s chest atop mine, our bodies entangled as he wrapped his arms
around me, trying to break my fall.
Although Henry had begged me until I submitted to some kissing, I’d never
felt my flesh come alive with heat and desire like it did for the handsome cowboy
atop me now. I knew I should have been mortified, but all I could do was stare
up into his eyes, praying he would kiss me. Praying he wouldn’t feel the heat that
seemed to radiate from my secret places at the thought of his lips on mine.
He looked equally stunned, and he seemed to be struggling both to right
himself, as well as to stay atop me.
“Get a room!” a man huffed, stepping around us on the crowded pavement.
It was scandalous, indeed, but Mr. Ward and I both erupted into laughter.
Sometimes you must laugh to keep from crying, I’d come to learn.
But the laughter wouldn’t last long. As Mr. Ward helped me to my feet,
something in a nearby alley caught his eye.
Not something.  Someone.

Leslea Tash is a journalist-turned-novelist, an avid bird nerd and the happily married mom of four. She has been a professional writer for many years. This is her first romance novel.
Connect with Leslea:
Website | Twitter | Facebook | Newsletter
Excerpt Romance