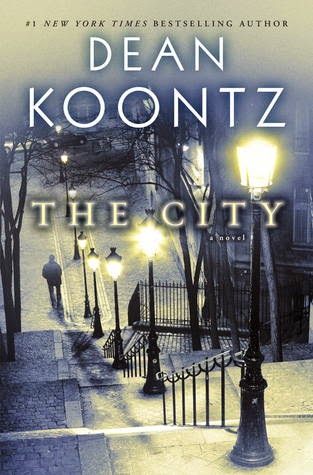 Synopsis:
The city changed my life and showed me that the world is deeply mysterious. I need to tell you about her and some terrible things and wonderful things and amazing things that happened . . . and how I am still haunted by them. Including one night when I died and woke and lived again.


Here is the riveting, soul-stirring story of Jonah Kirk, son of an exceptional singer, grandson of a formidable “piano man,” a musical prodigy beginning to explore his own gifts when he crosses a group of extremely dangerous people, with shattering consequences. Set in a more innocent time not so long ago, The City encompasses a lifetime but unfolds over three extraordinary, heart-racing years of tribulation and triumph, in which Jonah first grasps the electrifying power of music and art, of enduring friendship, of everyday heroes.

The unforgettable saga of a young man coming of age within a remarkable family, and a shimmering portrait of the world that shaped him, The City is a novel that speaks to everyone, a dazzling realization of the evergreen dreams we all share. Brilliantly illumined by magic dark and light, it’s a place where enchantment and malice entwine, courage and honor are found in the most unexpected quarters, and the way forward lies buried deep inside the heart.
Pre-order today Amazon | Barnes & Noble

"The City" is a captivating novel, narrated by Jonah Kirk, as requested by his best friend Malcolm Palmerantz, to tell his story. In doing so we are whisked back in time to the 1960s, where we meet the people in his life that have shaped him into the person he has become. We learn about everyone; from his mother the songstress, to Mr. Yamioka, the eccentric Japanese neighbor on the 5th floor.  Jonah Kirk was a great main character, his courage and strength far surpassed his 10 years. He has many ups and downs, yet through it all he was able to persevere.

I wasn't sure what to expect since I hadn't read a Dean Koontz novel in quite awhile. I was, however, happily surprised. This novel is written as a memoir of sorts, and not the mysterious creepiness that is in all Dean Koontz novels. There are lots of Christian references in this one which really surprised me. It did, however, have some paranormal aspects which stayed true to his usual  books. This was a great page turner, as long as you read it with an open mind and don't expect to read the Dean Koontz of old. Overall, I thoroughly enjoyed this story, it's a new side of Mr. Koontz I hope to see more of. 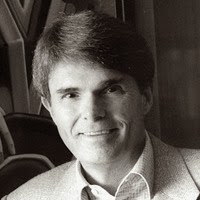 Acknowledged as "America's most popular suspense novelist" (Rolling Stone) and as one of today's most celebrated and successful writers, Dean Ray Koontz has earned the devotion of millions of readers around the world and the praise of critics everywhere for tales of character, mystery, and adventure that strike to the core of what it means to be human. Dean lives in Southern California with his wife, Gerda, their golden retriever, Anna, and the enduring spirit of their golden, Trixie.
Connect with Dean:
Website | Facebook | Twitter