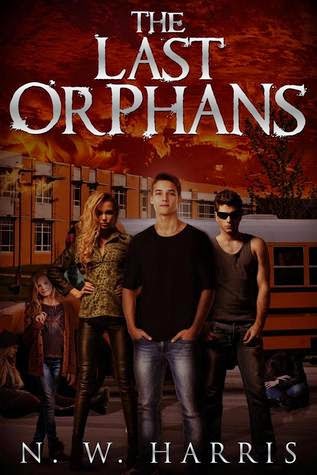 Synopsis:
One horrifying day will change the life of sixteen-year-old Shane Tucker and every other kid in the world.

In a span of mere hours, the entire adult population is decimated, leaving their children behind to fend for themselves and deal with the horrific aftermath of the freak occurrence. As one of the newly made elders in his small town, Shane finds himself taking on the role of caretaker for a large group of juvenile survivors. One who just happens to be Kelly Douglas—an out-of-his-league classmate—who, on any other day, would have never given Shane a second glance.

Together, they begin their quest to find out why all of the adults were slaughtered. What they find is even more horrifying than anything they could have expected—the annihilation of the adults was only the beginning. Shane and his friends are not the unlucky survivors left to inherit this new, messed-up planet. No, they are its next victims. There is an unknown power out there, and it won’t stop until every person in the world is dead.

A spine-tingling adventure that will have you gasping for breath all the way until the last page, The Last Orphans is the first book in an all-new apocalyptic series.

The Last Orphans is an apocalyptic novel filled with edge of your seat excitement and twists you'll never see coming.  Sixteen year old, high school student Shane Tucker has a stormy relationship with his alcoholic father. Trouble for Shane begins shortly after his Grandmother's funeral.  His father, already drunk, throws Shane out of the car for crying over the loss of his Grandmother.  Shane, happy to get away begins walking back to his grandmother's home.  Along the way, his aunt finds him on her way to her mother's home as well, and that's when trouble started.

This was an unusual apocalyptic young adult novel.  You could feel Shane's pain from losing the people closest to him.  Although he ended up leading a group of teenagers, I was awestruck by his humility.  For such a young group of kids, they had remarkable courage.  I'm curious what will happen next since Seamus is still out there.  If you enjoy dystopian novels, you will fall in love with The Last Orphans. 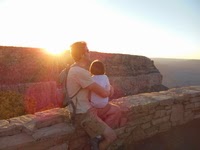 In addition to writing, he has been a submarine sailor, nurse, and business owner. His studies have included biology, anthropology, and medicine at UCSB and SUNY Buffalo. He is an active member of SCBWI and lives in sunny southern California with his beautiful wife and two perfect children. He writes like he reads, constantly.