Bound to Danger Excerpt and Giveaway 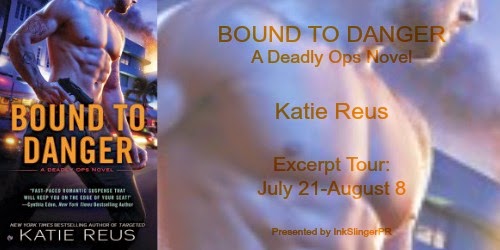 Synopsis:
At a benefit dinner, community activist Maria Cervantes overhears two men plotting a terrorist attack that could rock Miami to its core. But before she can alert authorities, she’s almost killed in a massive explosion—and wakes up in a hospital with no memory of what happened. As the sole survivor of the attack, she is now a person of interest to the NSA—and especially to Agent Cade O’Reilly. Because Maria is the one woman Cade has never been able to forget.

Years ago, they were closer than either was willing to admit—until Cade disappeared when Maria needed him most. Now he’s sticking by her, whether she likes it or not. Because the memories locked inside her mind could hold vital clues to the next attack. Because terrorists want her dead—and because he never wants to let her go again.

Excerpt:
As Cade jumped over a jagged tree root, he pulled another grenade free as a wave of heat and an explosion tore through the air at his back. Shouts of agony followed as he tossed another behind him.

Whop-whop. The sound was louder now. Now that the trees were thinning, he could see daylight and the twin-engine helicopter hovering high above the LZ clearing, but he didn’t allow himself any relief. He wasn’t free yet. Not even close.

The next explosion sounded seconds later, and as he pulled the canister of blue smoke free from his LBV, there were more cries of pain. Good. He hoped he got all of them.
He’d brought three different canisters, each of which signaled something different. Blue meant that he was coming out hot and they needed to make a fast exit. The only time he would have needed it was if his radio had been busted, but since he’d already relayed to the pilot that he’d been burned, there was no need to signal. Even so, he planned to use the smoke to cover their escape once they hit the air.

Gunfire still sounded in the distance behind him, so he knew he hadn’t gotten them all. Sweat poured off him as he burst into the clearing. The Huey rose, but a rope dropped immediately. His legs and lungs burned as he ate up the distance to his freedom. As he reached the dangling line, he immediately hooked the carabiner to the harness he wore.His entire body jerked as the chopper lifted higher and he left the earth far behind.

He didn’t let his guard down. The wind whipped around him, the sound of gunfire and shouting into his radio fierce. He twisted just in time to see at least a dozen men spill into the clearing like cockroaches.

As he released the top on the smoke canister, a sharp pain pierced his upper leg, then his shoulder.

“Fuck, I’m hit,” he ground out, letting the pilot know even though above him he could hear the backup team returning fire with rapid speed. Adrenaline still pumping through him, he hauled back and threw the canister like a football. Blue smoke rolled everywhere, the color invading the air and whipping around with the wind, completely covering the men below and destroying their visibility.

As he was winched up, he gritted his teeth against the pain shredding through him. Each tug and swing with the wind increased his aching. He couldn’t tell if the bullets had gone through, but he’d find out soon enough. After what felt like an eternity, he was finally hauled into the belly of the Huey to find two Marines he’d gone on missions with before, a Navy medic, and an older guy in a suit he didn’t recognize. Cade blinked, trying to get his bearing, but his vision was starting to blur.

One of the Marines started applying pressure to his shoulder while the medic ripped open a packet of quick clot and poured it on his leg wound. The unknown man sat there strapped in as he watched with piercing green eyes that made Cade feel as if the guy could see right through to his soul. What the hell? Maybe he’d been hit worse than he realized.
Iciness snaked through Cade as he tore his gaze away and watched the team work. The medic asked him something, but the edges of his vision started to dim as he tried to force his voice to work. Damn it, he was going into shock. He wanted to fight it, to resist, but his body won out as cold and blackness took over, sucking him under like an angry vortex. 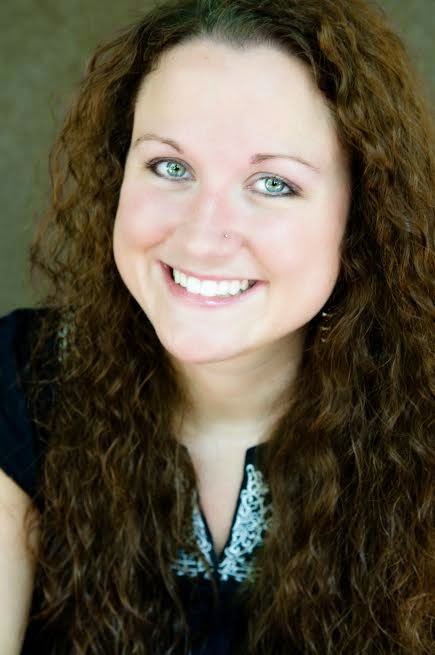 Katie Reus is the New York Times, USA Today, & IndieReader bestselling author of the Red Stone Security series, the Moon Shifter series and the Deadly Ops series. She fell in love with romance at a young age thanks to books she pilfered from her mom's stash. Years later she loves reading romance almost as much as she loves writing it. However, she didn't always know she wanted to be a writer. After changing majors many times, she finally graduated with a degree in psychology. Not long after that she discovered a new love. Writing. She now spends her days writing dark paranormal romance and sexy romantic suspense.


Connect with Katie:
Blog | Facebook | Twitter | Goodreads | Newsletter
The author is giving away 20 print copies of Bound to Danger, and a Kindle Paperwhite!
a Rafflecopter giveaway