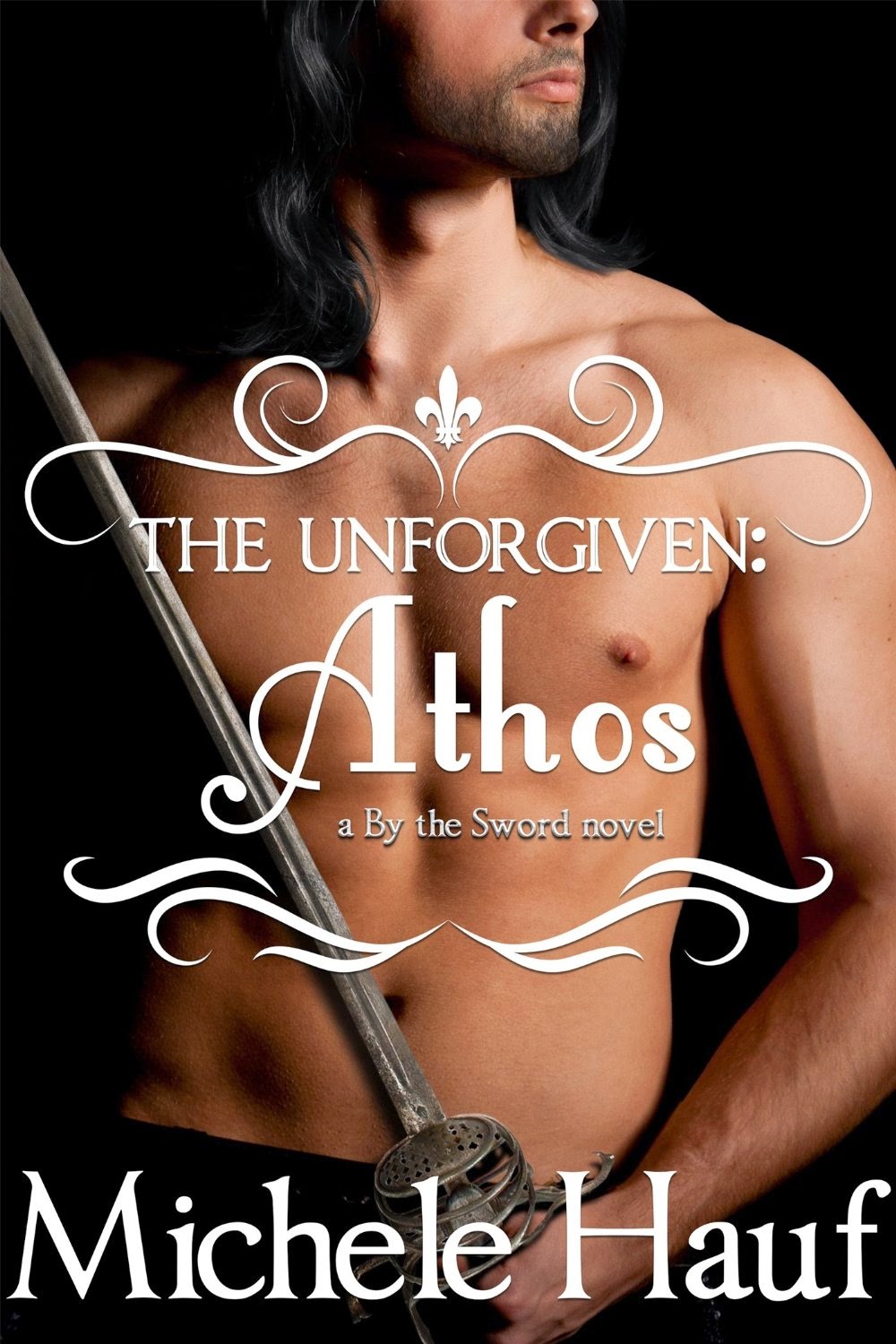 Synopsis:
Musketeer Arnaud de Sillègue d’Athos is ready to bid adieu to the King's Guard and to lay down his sword. Yet he's been charged with one final mission—to apprehend a dangerous enemy of the king, the Belle Dame Sans Merci. Despite his desire to apprehend a woman who causes such destruction, Athos refuses...until he sees a sketch of her. It's the same villainess with whom he had been locked in a passionate, sensual moment.

Emmanuelle Vazet never gives up control, even if briefly, in the arms of a blue­eyed stranger, she felt the need to give in and let desire take over. But now circumstances have placed her at the scene of a murder. Her reputation—and the ridiculous name—has preceded her, even if she isinnocent. Now her nameless lover is the enemy. A royalist. A musketeer who could be her undoing...unless she becomes his undoing first.
Purchase: Amazon | Barnes & Noble
My Review: