The Death of Jack Nylund Book Tour and Giveaway 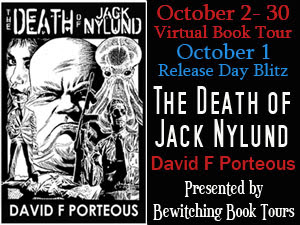 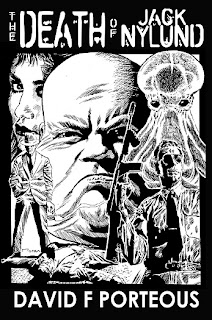 America, 1922. Ten years have passed since The Lines went up, dividing the States and the world into isolated pockets. The oligarchs are gangsters, titans of industry, monsters – the secret masters of mankind. They have endured a decade of cold war stalemate – but with forces equally weighted, the life of one man might be enough to change the fate of all men.

US Federal Marshal Clay Falk must bring Jack Nylund to New York. For the Marshal and his deputies the financial rewards are enormous, but in a landscape of shifting loyalties Falk is soon made a counter-offer he can’t refuse. The war can be ended in a single night – the price is the honour of a legend and the life of a god.

Private Investigator Walter Black has no idea his latest missing person’s case is the balance on which the world rests. Jack Nylund’s sister is dying and Walter must track Jack’s scent across America, through ruined lives, secret addictions and unforgettable pasts. The enemy he must overcome is one he’s all too familiar with. The cost of his failure would be the death of Jack Nylund.

Get your copy from Amazon!


I received a copy of this novel in exchange for my honest review.  Once you understand each character’s part that they play in the story, it begins to flow more freely.  Jack Nylund is a wanted man by many.  A Private Investigator is hired to find him by Jack’s dying sister, unfortunately he was misinformed of her death many years ago, hence the disappearance.  Marshal Falk is also after him, wanted by one of the country’s wealthiest man.  The search for him spans across many states, which brings forth many adventures.  Who will win, who will lose?  This book is fast paced and filled with action, a must read. 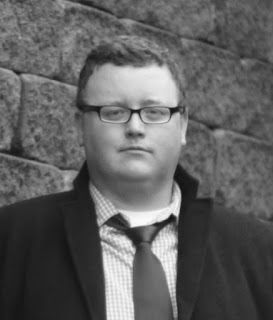 David F Porteous is a social research consultant and author of the novel Singular and the forthcoming Gods & Monsters series. The following are randomly selected biographical details about David - hit refresh to learn more.

Early Life
David attended Cockenzie and Port Seton Primary School where he learned to spell and write his name in cursive. The value of these once impressive skills has been substantially undermined by subsequent technological developments.

Other Interests
In his teens and early twenties he used to write poetry. People shouldn't try to find it; none of it was good.

Professional Work
In 2002 he graduated from Edinburgh Napier University with a degree in Marketing Management. His honours dissertation asserted that there was a bright future ahead for DVD rental stores. Over time this assertion proved to be both wrong and stupid. (He is not giving back the degree).
Visit him: