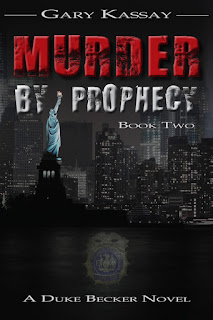 What would you do if you had been falsely imprisoned and if while in prison your wife and your children had been brutally murdered? Samuel Maxwell, the Prophet, decides to spend his time plotting out his plan for revenge against the greedy men responsible..
The Prophet stops at nothing to avenge the deaths. Will Inspector Duke Becker and his squad from Special Investigations Homicide be able to stop the Prophet and the reasons behind the killings before more die?

I received a copy of this novel in exchange for my honest review.  Sam Maxwell was wrongfully imprisoned for 5 years.  Feeling the “The Seven” are to blame for the brutal murders of his wife and children because he wasn’t there to protect them, he goes on a rampage after them.  This was a great read for me, the murders we so well thought out that I was pretty amazed.  It’s a great cat and mouse game as Duke and his squad do everything they can to catch a killer.  Gary Kassay did an ingenious job creating a crafty killer and another fantastic page turner. 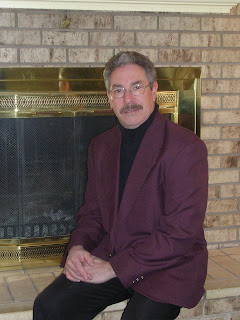 Worked as an x-ray tech for six years at Brooklyn Hospital and then joined the New York City Police Department, Transit Police.  Trained for the K-9 unit and worked until injured in the line of duty forcing early retirement.  Next worked in the field of commercial photography, starting in customer service, then becoming the assistant manager, manager and then with two partners buying Diversified Photo located on Long Island.
Although retired at the time, worked Ground Zero after 9/11 for several weeks.
In 2004 left business to two partners and moved to North Carolina  where he met his second wife Raella. Married on September 10, 2005 in Maui, Hawaii.  Worked for Homeland Security as a TSA officer, and then as a Lieutenant for Guilford County in charge of the Social Services Building.
In 2008  he moved to Casper Wyoming where he currently reside.
Connect with Gary:
Twitter | Facebook | Website