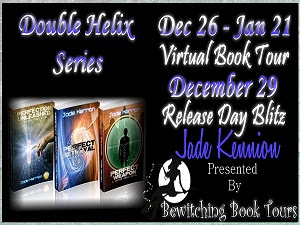 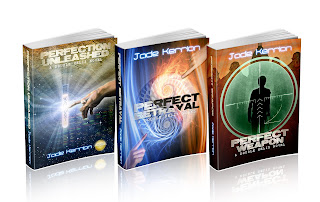 Book 1: Two men, one face. One man seeks to embrace destiny, the other to escape it.

Danyael Sabre spent sixteen years clawing out of the ruins of his childhood and finally has everything he wanted--a career, a home, and a trusted friend. To hold on to them, he keeps his head down and plays by the rules. An alpha empath, he is powerful in a world transformed by the Genetic Revolution, yet his experience has taught him to avoid attention.

When the perfect human being, Galahad, escapes from Pioneer Laboratories, the illusory peace between humans and their derivatives--the in vitros, clones, and mutants--collapses into social upheaval. The abominations, deformed and distorted mirrors of humanity, created unintentionally in Pioneer Lab's search for perfection, descend upon Washington, D.C. The first era of the Genetic Revolution was peaceful. The second is headed for open war.

Although the genetic future of the human race pivots on Galahad, Danyael does not feel compelled to get involved and risk his cover of anonymity, until he finds out that the perfect human being looks just like him.

Danyael Sabre, an object of desire, would much rather not be. An alpha empath by birth, a doctor by training, and an empathic healer by calling, he is stalked by the military that covets his ability to kill, not heal. He finds himself on the run under the protection of an assassin, Zara Itani.

Bereft of two days of memories, the more he uncovers of his lost hours, the more he doubts everything that once anchored him. He knows only that he endangers those around him and that he is falling in love with Zara, who hates him for reasons he no longer remembers.

As forces—both powerful and ruthless—threaten those he cares for, Danyael has only two options. He can betray his values and abandon the path of the healer, or he can wait to be betrayed, not by enemies, but by his friends.

Book 3: Don’t fear the army of genetically engineered perfect killers. Fear the cripple who leads them.

An alpha empath, Danyael Sabre is powerful, rare, and coveted, even among the alpha mutants who dominate the Genetic Revolution. Betrayed by his friends and abandoned to a life sentence in a maximum-security prison, Danyael receives freedom and sanctuary from an unlikely quarter—the Mutant Assault Group, an elite mutant task force within the US military. Physically crippled and emotionally vulnerable, Danyael succumbs to the warmth of friendships and the promise of love he finds within their ranks.

Friendship and love, however, demand his loyalty, and Danyael rises to the challenge of training and leading the assault group’s genetically modified super soldier army. The super soldiers are faster and stronger than the military's human soldiers; their animal instincts spur ferocity and fearlessness in battle. But who is the perfect weapon—the super soldiers or Danyael, the alpha empath, who can, with a touch, heal or kill?

Adversaries swarm, like vultures around carrion; the pawn is once again in play. The threads of betrayal that sent Danyael to prison spin into a web, ensnaring him. When a terrorist group strikes Washington, D.C., how far will Danyael go to defend a government that sent him to prison to die?
Kindle | Print


I received a copy of this trilogy in exchange for my honest review.  This was such a great science fiction series, one that I thoroughly enjoyed.  It was almost nonstop action and lots of suspense as they uncover the true reason behind creating “the perfect human”.  Jade Kerrion made her characters extremely realistic.  So the novels were easy to get involved in and very difficult to put down.  I loved the fact that although it was similar X-Men, the “powers” were a realistic possible human development.  This is definitely a 4 star series and worthy read. 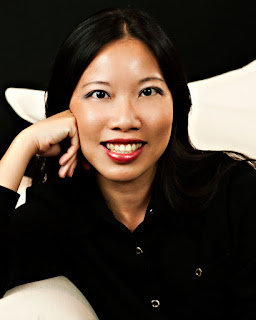 Jade Kerrion, author of the award-winning science-fiction/dystopian series, DOUBLE HELIX, first developed a loyal reader base with her fan fiction series based on the MMORPG Guild Wars. She was accused of keeping her readers up at night, distracting them from work, housework, homework, and (far worse), from actually playing Guild Wars. And then she wondered why just screw up the time management skills of gamers? Why not aspire to screw everyone else up too? So here she is, writing books that aspire to keep you from doing anything else useful with your time. She lives in Fort Lauderdale, Florida with her wonderfully supportive husband and her two young sons, Saint and Angel, (no, those aren't their real names, but they are like saints and angels, except when they're not.)